Master of the Amateurs gets underway in Melbourne

The past couple of years has thrown a lot of curveballs at competitive sport and challenges continue to press tournament organisers given the ongoing COVID-19 issues.

Despite the challenges, the 2022 Australian Master of the Amateurs Championships got underway this morning, with players teeing off in the first round at The Victoria Golf Club in Melbourne. 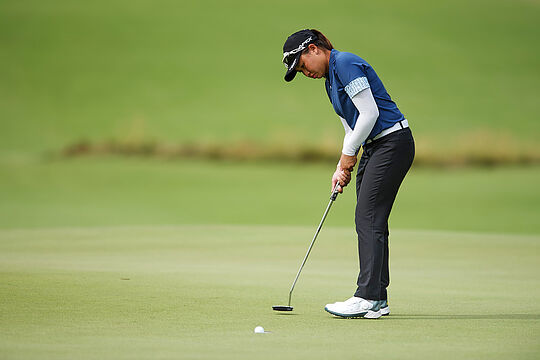 “We might not have the international field that we have had in the past, but the tournament is going ahead and presents a unique opportunity for Australian players to play and gain valuable WAGR points,” said Tournament Founder Peter Mann.

“In 2023 hopefully we will be all open and return to a truely international championship, so this year’s tournament opens up a real opportunity for our own amateurs and we see it as our role to ensure competitive environments continue during this period of isolation not only for the mental health of our players, but ensuring our tournament keeps its place as the best in the country.”

Last year Lukas Michel won the Men’s Australian Master of the Amateurs Championship after posting a four round total of 6-under-par. Michel has returned to defend his title.

While Lion Higo won the Women’s Australian Master of the Amateurs Championship with a total score of 2-under par and is currently based in the USA attending Pepperdine University.