Master of the Amateurs tees off in Melbourne

Starting today the world’s top amateurs from 18 countries will battle it out to claim the Australian Master of the Amateurs being played at The Royal Melbourne Golf Club from the 8th – 11th January.

The 2019 Men’s Championship includes World Number 1 Justin Suh, World Number 4 Matthew Wolff and World Number 7 and defending champion, David Micheluzzi. An additional 11 amateurs, ranked number one from their respective countries, will all be in the fight for the coveted Green Jacket. 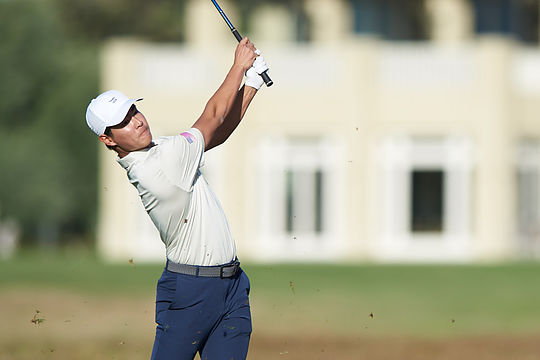 This is Australia’s highest ranked amateur men’s championship and continues to grow from strength to strength, underpinned by a strong international lineup and large corporate interest. 74 male players will take part and with no cut, the championship has produced interesting final day’s in the past with play-off’s common.

The 2019 Australian Master of the Amateurs Champion will receive an exemption into the 2019 Amateur Championship (UK), the Porter Cup (USA), The Players Amateur (USA), the Dogwood Invitational (USA), the Canadian Amateur and the NSW Open as well as a possible start in a Australian PGA Tour event.

The Women’s Australian Master of the Amateur Championship continues to grow to new heights heading into its second year, with the field extending from 24 to 48 top female amateurs.

Last year Japan’s Yuka Yasuda collected the women’s title with a total score of 3-over. Yuka shot a new Women’s East Course Record of 65 in round three of the Championship.

The final two rounds will be live streamed on Golf Grinder from 12pm – 6pm AEDT.