Master of the Amateurs tightens entry criteria for 2022

2022 will see the tightening of exemption criteria for both the Men’s and Women’s events for the 25th anniversary of the Australian Master of the Amateurs to be played at the Victoria Golf Club in Melbourne early next year.

“We have already received huge interest from international bodies, US Colleges and international players about wanting to compete in our 25th anniversary tournament,” said tournament founder Peter Mann. 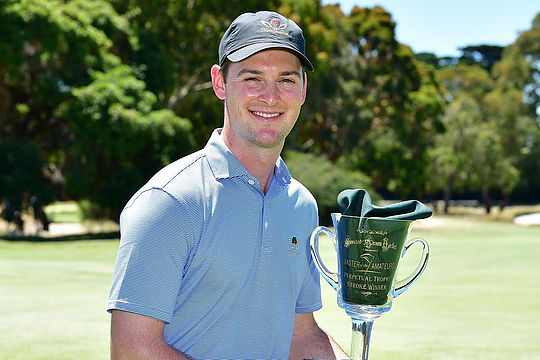 “As a result the Championship Selection Committee met last week and decided to tighten the exemption criterial due to the high quality of international players already expressing interest to come an play.”

“The changes will undoubtedly see fewer local Australian players being exempted due to their WAGR status, but it will result in our strongest field ever in what is a milestone year for our championship.”

Whilst the top-10 WAGR male and female Australian players as of Friday 5th November 2021 will receive exemptions, other players will need to be ranked inside the world’s top-250 at that date to receive an exemption. Previously, exemptions were given to players inside the top-750 of WAGR.

“We have been in contact with coaches from US Colleges, officials from international golfing administrations in Asia, Japan, UK and Europe, all of whom are keen to send their players with some already making that commitment,” said Mann.

“Our event has evolved and grown over 25 years to be regarded internationally as one of the world’s best. Traditionally, we have had top players in the past from the US such as Rickie Fowler, Patrick Rodgers, Aaron Wise, Morgan Hoffman, Bryson DeChambeau and Matt Wolfe, all wanting to compete.”

“Add in players from Japan and the UK like Keita Nakajima, Tommy Fleetwood, Tom Lewis and Andy Sullivan, just to name a few. The event has attracted some of the best international amateurs and continues to do so.”

Any amateur golfer who does not meet the exemption criteria will be required to submit an expression of interest to participate, together with a resume, to the Chairman of Selectors for consideration by the International Championship Selection Committee.