Master of the Amateurs to go ahead in January

With golf tournaments in Australia dropping like flys, it’s pleasing to see Australia’s highest R&A ranked male and female amateur event withstanding the pressures to cancel and proceeding as planned.

Tournament organisers of the Australian Master of the Amateurs, Peter and Angela Mann, have officially confirmed their tournament will proceed as planned next year at the famed Victoria Golf Club, starting 5th January 2021. 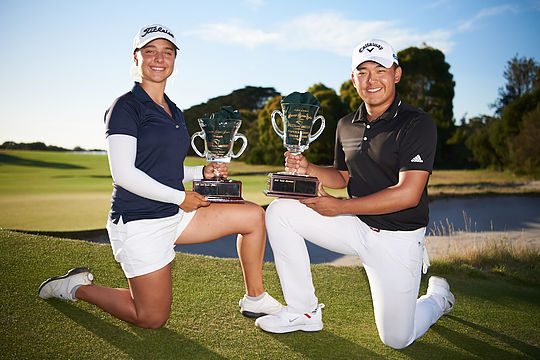 Invitations will be sent out this week to elite WAGR male and female players under 750 in world rankings, with players above that being able to submit expressions of interest that will be considered by the tournament’s International Committee.

“Our elite amateur golfers in Australia have been starved of competitive golf and we as a committee also want to support their mental wellbeing by ensuring an opportunity to prepare and play in our event,” says Peter Mann.

“We see ourselves as custodians for elite players progressing to the professional ranks. It is important that our event is played during a time where there has been little or no real opportunity for tournament golf.”

The championships will be played under a COVID-Safe Plan as applicable at the time. With international borders closed, it is anticipated the field will mostly feature Australian players with international players perhaps entering via travel bubbles.

The fields for the Men’s and Women’s Championships will be increased to 45 elite female golfers and 105 elite male amateur golfers. The number of female and male players may be adjusted closer to the championship, depending on player entries.

The 2021 Men’s and Women’s Australian Master of the Amateurs Championships are 72-hole stroke championships with a cut after 54-holes.