Masters champion Sergio Garcia is Gold Coast bound for the Australian PGA Championship to be played at RACV Royal Pines Resort from 30 November to 3 December.

World Number five Sergio Garcia had the golfing world cheering in April; the popular Spaniard broke through for his first Major victory at The Masters and will celebrate with Australia when he tees it up in the ISPS HANDA PGA Tour of Australasia and European Tour co-sanctioned tournament. 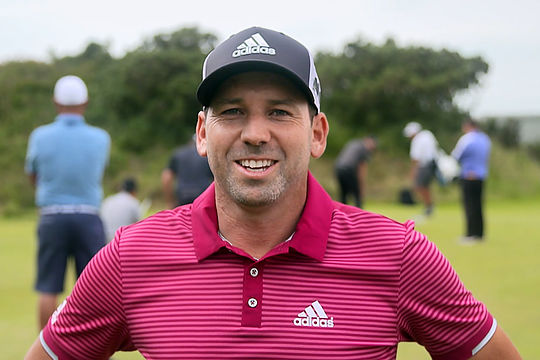 “2017 has been exciting for me winning The Masters and I look forward to celebrating the end of the year at the Australian PGA Championship,” said Garcia, who last played in Australia in 2010.

“It’s been a long time since I have visited Australia but I remember how welcoming the fans were and I have been trying to get back for some time now.”

The Masters has always held a special place in the heart of Australian sports fans, Adam Scott broke the drought by winning in 2013 and his friend, Garcia also now has a coveted Green Jacket in his wardrobe.

“I am privileged to have a Green Jacket and have enjoyed wearing it at other sporting events throughout the year,” added Garcia.

“I will definitely be bringing the Green Jacket with me to the Gold Coast.”

Sergio Garcia is sure to be a popular headline name at the 2017 Australian PGA Championship and to ensure all sports fans can witness the Masters champion in action; the PGA of Australia is introducing a fan friendly ticket price.

All general admission tickets will be priced at $25 when purchased at the gate or via Ticketmaster with children, 16 and under, granted free admission when attending with a paying adult.

“Sergio Garcia is one of the most exciting players in world golf and has always been a fan favourite so we are pleased to give Australian sports fans the opportunity to watch him in action in our own backyard,” said Gavin Kirkman, CEO of the PGA of Australia.

Tickets to see Sergio Garcia play in the Australian PGA Championship from 30 November to 3 December at RACV Royal Pines Resort are now on sale at Ticketmaster.