The game of golf is changing.

Thankfully, though, there are a few traditions that Augusta National steadfastly refuses to let go of…and one of them is mobile phones. 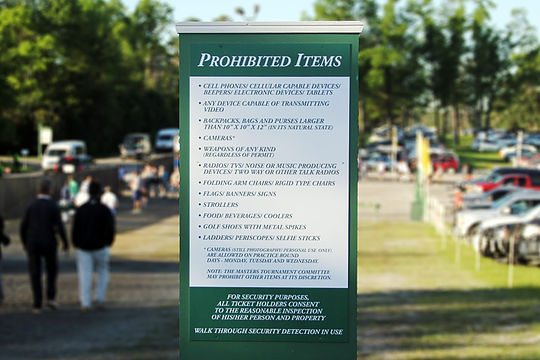 While most tournaments around the world have bowed to the fact more than half their fans arrive with a phone glued to their hands, the US Masters will not relent.

Fans, media, everyone are banned from using mobile phones around the course.

Sure, there are banks of stationary phones if you need to contact someone urgently.

Yet the players appreciate and one of the many to speak out in favour of banning phones was Tiger Woods.

Still the eventual champion pointed out phones at most tournaments were not as great an issue these days.

“As people have learned what is acceptable and not acceptable on the golf course with cell phones, you know, it’s very simple,” Woods said.

“Just please put it on silent.”

“It took a number of years for most people to figure that out, but now it’s not really that bad.”

Augusta National chairman Fred Ridley did say he didn’t expect their stance on mobile phones to change in the immediate future.

“I don’t believe that’s a policy that anyone should expect is going to change in the near future, if ever,” Ridley said.

“I can’t speak for future chairmen, but speaking for myself, I think we got that right.

“I think our patrons appreciate our cell phone policy.”

“I know that we have now become an outlier, if not the only outlier in golf, as well, at allowing cell phones.”

“But I think its part of the ambience of the Masters.”