Any list of Masters highlights is always going to be topped by Tiger Wood’s 1997 win.

Aside from breaking Jack Nicklaus’ 30-year-old Masters winning margin by three shots (12 strokes vs 9 strokes), it marked the beginning of Woods’ domination of the sport for more than a decade and had a far-reaching effect on everything from course lengths to prize purses right around the world.

Woods owned the world of golf. If you didn’t live through that time it is hard to explain just how much he dominated almost every tournament he played.

683 weeks as World No.1…that’s over 12 years in the top spot, 15 major titles, 82 PGA Tour titles, the only player to win four majors in a row, 142 consecutive cuts made, the most career earnings of any player…well, you get the idea. 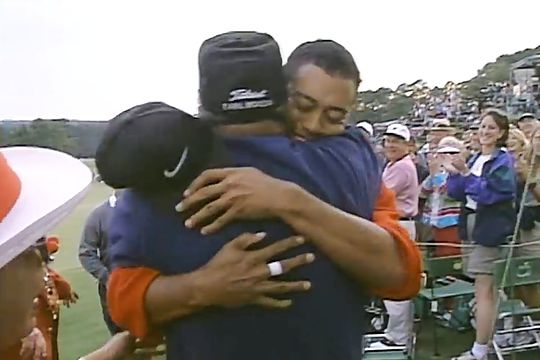 Sit back and enjoy watching the historic final round from the 1997 Masters.