Matsumura rebounds to claim The Crowns

29-year old Michio Matsumura has ended several years of lean pickings for a one-stroke victory in The Crowns 2013, his third victory on the Japan Golf Tour.

Matsumura shot a final three-under par round of 67 for a 2-under par total to pip last week’s winner Hideki Masuyama and overnight leader, Shingo Katayama, who fell back into a tie for third with Bathurst’s Steve Conran. 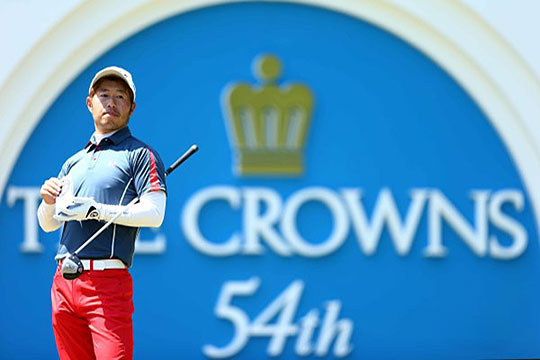 Matsumura and Matsuyama were the only two players to finish in red figures around the tough Nagoya Golf Club layout.

Matsumara had endured a miserable 2012 with fourteen missed cuts, punctuated only by a 2nd place finish in the Taiheyo Masters.

2013 had not started much better for him, missing the first three cuts of the year before a more encouraging T17 result in last week’s Tsuruya Open behind Matsuyama.

A week shy of his 47th birthday, Conran earned AU$68,146 for his third place finish at the event where he lost a playoff to Joe Ozaki in 2005.

After promising early rounds, Queensland’s Brad Kennedy would be unhappy with his weekend, shooting 74-74 to fall into a tie for 29th place, a shot ahead of Kurt Barnes (37th) with Brendan Jones five strokes further adrift in a tie for 59th.