Hideki Matsuyama continued his incredible hot streak of form with a comprehensive victory in one of his home country’s most prestigious events – the Taiheiyo Masters.

Matsuyama maintained a perfect 100% record in his home Tour appearances in 2016, winning both his two starts having secured the Japan Open title last month ahead of his win in the WGC- HSBC Champions in Shanghai. 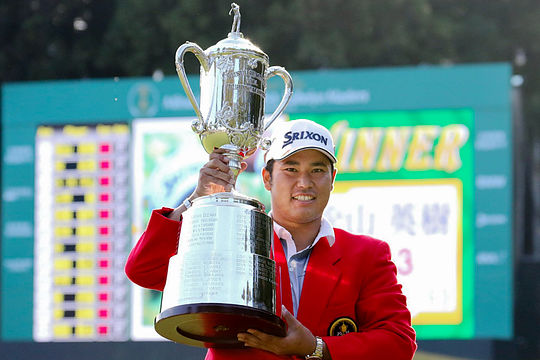 Melbourne-bound for the World Cup of Golf at Kingston Heath in two weeks’ time, Matsuyama’s final round 69 gave him a four-round total of 23-under 265, a mammoth eight strokes clear of Korea’s Young-Han Song with Seung-Hyuk Kim and Satoshi Kodaira sharing third place at 16-under.

The 24-year old has now won eight titles in his homeland over the past three years, despite infrequent appearances, and the victory will no doubt see him rise from his current world number 7 ranking.

Australia’s best were Won Joon Lee and Brendan Jones who tied for 15th place at 10-under.

Scott Strange will be rueing his final round 75 which dropped him to a tie for 24th place at 8-under, alongside South Australian Adam Bland. Further down the leaderboard, Brad Kennedy tied for 50th while Kurt Barnes shared 61st place.

The third to last event of the Japanese season will see the staging of this week’s Dunlop Phoenix Tournament in Miyazaki.