An out-of-form Hideki Matsuyama credits a home crowd advantage with leading him to a second PGA Tour success this year at the ZOZO Championship in his native Japan.

The Masters champion reeled off two eagles including one at the final hole to record a convincing five-shot victory at the Accordia Golf Narashino Country Club east of Tokyo.

“It was one of my biggest goals to win in front of the Japanese fans here in this country as well,” said Matsuyama.

“Also, in 2019 Tiger won the Masters and went on to win the ZOZO Championship, so I’m glad that I would be able to emulate that as well.”

Matsuyama was never really challenged. After opening with a superb 64 and taking the lead on day two, the 29-year-old fed off the parochial crowd to keep a quality international field at bay. A final round of 65 sealed the deal with Cameron Tringale and Brendan Steele having to settle for a share of distant second place at 10-under. 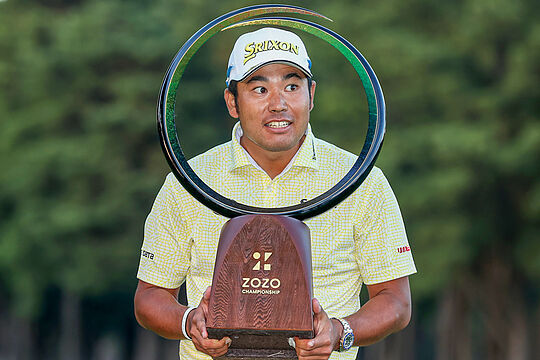 Already an eight-time winner on the Japan Tour, Matsuyama now has seven PGA Tour titles to his name and sits just one win behind K.J. Choi, who holds the record for most victories in the US by an Asian player.

Matt Jones was the sole Australian in the field and finished in a share of 18th place with a final round 69.

While most of the big name players are now enjoying a well-earned break, the rest will be heading to the tropics for the upcoming Butterfield Bermuda Championship (Oct 28 – 31) and World Wide Technology Championship at Mayakoba in Mexico (Nov 4-7).