Matsuyama does it again for 4th title of 2013

Japan’s number one golfer Hideki Matsuyama has once again returned to the winner’s circle in his home country with a one stroke victory in the Casio World Open, one of the Japan Golf Tour Organisations’s most prestigious events.

The 21-year old shot a final round 70 for a 12-under par total, one ahead of Yuta Ikeda with the event’s 2008 and 2009 champion Koumei Oda a further two strokes adrift in third place. 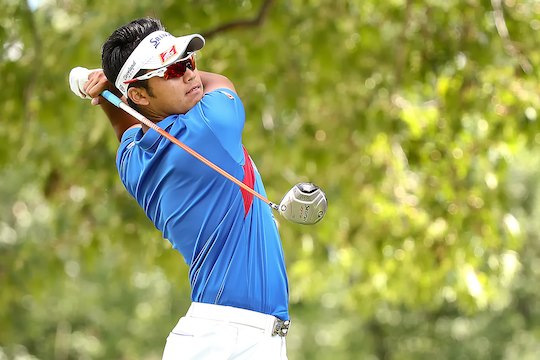 It was Matsuyama’s fourth victory from just twelve starts in Japan this season in what has been a stunning rookie campaign, highlighted by high finishes in his first US and British Open Championships and a strong performance in his maiden Presidents Cup appearance for the Internationals at Muirfield Village.

Matsuyama took the lead after a second round six-under 66 and was not headed again, shooting 72-66-68-70 at the Kochi Kuroshio Country Club to take home the ¥40,000,000 first place cheque and extend his commanding lead atop the Money List.

First round leader Kurt Barnes from NSW shot a disappointing final round 74 to slip back to a tie for 22nd place ahead of the only other Australian in the field, Queensland’s Brad Kennedy, who finished tied for 39th.