Hideki Matsuyama won an all–Japanese playoff against Hiroshi Iwata to win the Dunlop Phoenix tournament in Miyazaki, Japan on Sunday.

The 22-year-old, playing in just his second event at home in 2014 after his first full season on the PGA Tour, won for the sixth time on the Japan Golf Tour after shooting a final round 1- under 70 at Phoenix Country Club. 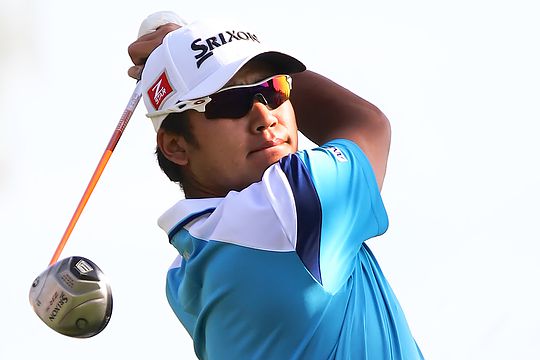 Fellow young gun Jordan Spieth (69) from the US and Australia’s Brendan Jones (69) shared third place at 14-under after both failed to convert birdie chances at the par-five 18th that would have resulted in them joining the playoff.

The win in one of Japan’s premier events adds to the impressive year enjoyed by Matsuyama, who won Jack Nicklaus’ Memorial Tournament at Muirfield Village and qualified for the Tour Championship in the PGA Tour’s 13/14 wraparound season.

Jones continued his impressive return to form since returning to action in July from an injury layoff, while Brad Kennedy (7-under) finished just outside the top 10 in a tie for 11th.

Jones, Kennedy, Kurt Barnes, Steve Conran and Scott Strange will fly the Australian flag at the Casio World Open in Geisei this week, while Spieth heads to Sydney to join the tremendous field gathering for the Emirates Australian Open at The Australian Golf Club.