Stuart Appleby won in 1997 and Adam Scott in 2016. Geoff Ogilvy finished runner-up on three occasions along with Craig Parry, who lost to Nick Price in 1994.

And now two-time Australian Open champ Matt Jones has made his mark on the Honda Classic with an opening round 61 for a three shot lead over Aaron Wise and Russell Henley. 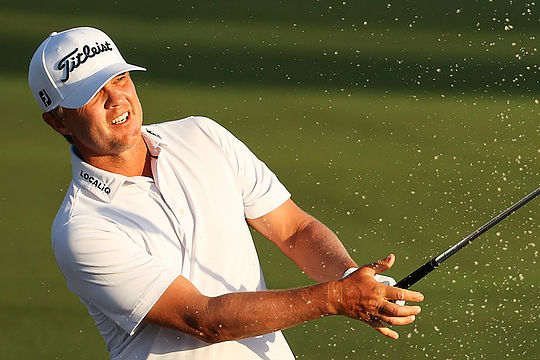 The 9-under effort was the lowest of Jones’ career and ties the course record at PGA National at Palm Beach Gardens in Florida.

“It was a very good day. I struck the ball well actually all day, and it was probably one of the better ball-striking days with my irons that I’ve had for a long, long time,” said Jones, who last won his only PGA Tour seven years ago at the 2014 Houston Open.

“I play golf for a living. I mean, I should be able to shoot a good score occasionally! That doesn’t happen as much as I want, but yes, I’m very happy with it.”

The 40-year-old wasn’t the only former Australian Open champion in form today with Cameron Davis also getting off to a great start with a 4-under 66 for a share of 4th place.

Adam Scott and Cameron Percy both shot rounds of 69 to lie in 27th place.

However, Scott’s 69 wasn’t an easy get with the 16-time PGA Tour champ needing to get his shoes and socks off after putting one in the water hazard at the 11th hole (his second).

“I blocked my 7-iron and when I got up there I figured I could play it, but I called in a rules official because incredibly there were some electrical cables in the penalty area around my ball that I needed to move,” said Scott.

“I was able to move them, get my shoes and socks off, roll the trousers up, get my waterproof jacket on and get in the water with my lob wedge. From there I just played it like a full bunker explosion shot and got it to about 12-feet.”

The Queenslander was able to convert the putt and put his opening hole bogey behind him.