South Australia’s Max McCardle has continued his strong form on the PGA TOUR China Series with a runner-up finish behind South Korea’s Taewoo Kim in the Ping An Bank Wanda Open on Sunday.

Kim missed a short birdie putt at the 17th to make life interesting coming down the 18th, however the 23-year old held his nerve and birdied the 18th for a two stroke victory, his first on the PGA TOUR China Series. 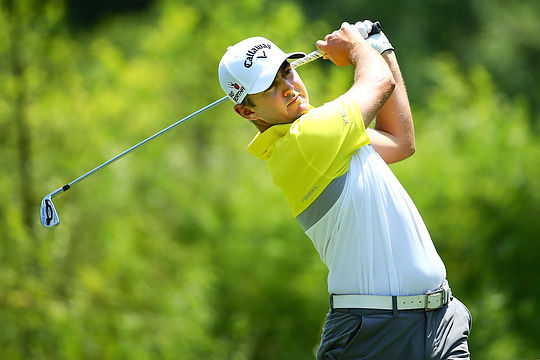 Earlier, McCardle had vaulted into contention late in the round after holing a wedge shot from 147 yards for an eagle two on the 16th hole.

Pars on the final two holes ultimately weren’t good enough to bridge the gap to Kim.

Regardless, his final round seven-under 65 for a 9-under par total was an admirable effort after the Australian admitted to struggling with aspects of his game earlier in the week.

“I didn’t putt well in the second round. I had 37 putts, which is probably about seven too many. Just a little sloppy,” McCardle said,

The runner-up finish was McCardle’s career-best, bettering a pair of fourth-place finishes earlier this year at the Wuhan Open and the Lanhai Open last year.

The result lifts him inside the all-important top-five on the Order of Merit, with the leading five players at season’s end earning promotion to the Web.com Tour in 2017.