China’s Zecheng Dou picked up his second title in as many starts with a five-stroke victory in the Wuhan Open on the PGA TOUR China Series at the weekend.

The 19-year-old won his first title two weeks ago at the Henan Open and immediately doubled his career tally with a final-round 71 for a commanding victory over Zihao Chen, with American Alexander Kang alone in third six strokes behind. 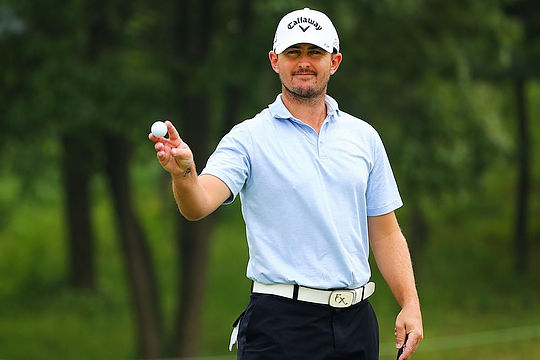 “I played conservatively today, but I played very solid. I knew the fairways on this course are very narrow, and it is easy to make mistakes,” said Dou.

“I played so much better than the last tournament. I got well-rested and was full of energy. So I’m very satisfied with this round.”

Australia’s Max McCardle shot an impressive final round three-under 69 to take a share of 4th place at 2-under par.

Scott Laycock was the next best Australian at tied 21st, ahead of Rohan Blizard (T23) and James Gibellini (T25)

With Web.com Tour promotion on offer for leading players at the season’s end, the stretch of three tournaments in the next four weeks to the end of June – starting with this week’s Cadillac Championship – is of vital importance to those with aspirations of playing on the secondary Tour in the US next year.

25 Australians will in the field at the Cadillac Championship, including past PGA TOUR members Laycock, David Lutterus, Michael Sim and David McKenzie.