McCarthy best Aussie at US Amateur

Ryan McCarthy fired an opening round 3-under-par, 67 at Common Ground Golf Course to be in a tie for 9th position following the opening qualifying round of the US Amateur in Denver.

McCarthy is four strokes from the leader American Bobby Wyatt. 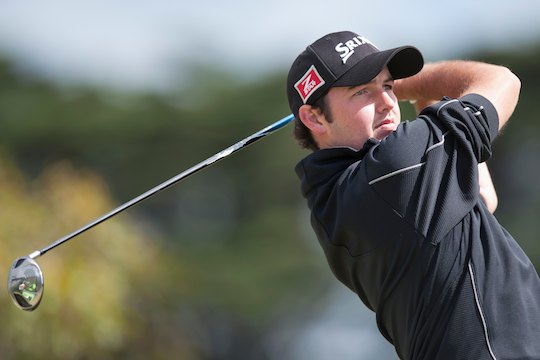 Wyatt, 20, fired a 7-under-par 64 at the par-71 Cherry Hills Country Club to take the lead at the halfway point qualifying at the US Amateur Championship.

Wyatt, who plays for the University of Alabama, birdied four of the first five holes in a peerless display of golf.

“Hopefully, I can play a good round tomorrow,” said Wyatt.

“I am feeling really good about my game right now. Hopefully, I can carry it along all week.”

Wyatt’s teammate at Alabama, Justin Thomas, was among six players tied for second at 5 under.

Also at 5 under were Chris Williams, the winner a fortnight ago in Chicago at the Western Amateur, Sebastian Vazquez of Mexico, Americans Brandon Hagy, Zac Blair and Max Homa.

Brett Drewitt is the next best Australian in 32nd place at 1-under-par, with Matt Stieger firing an opening round of even par to be in a tie for 46th.

Oliver Gross is at 1-over-par and in 64th place along with Daniel Nisbet.

Todd Sinnott opened with a round of 2-over-par to be in a tie for 84th position, whilst Rory Bourke is at 3-over-apr

The US Amateur Championship consists of 36 holes of stroke play, with the low 64 scorers after tomorrow’s round advancing to match play, which features six rounds, including a 36-hole final scheduled for Sunday.

Australians that need a low second round to make the cut include Jake Higginbottom and Cameron Smith.

Higginbottom fired an opening round of 5-over-par 76 to be well down the field, with Smith in further trouble after opening with a 6-over-par 77.