McCarthy best of the Aussies at Dogwood

Ryan McCarthy has finished the best of the Australians in a tie for 22nd at the Dogwood Invitational at Druid Hills in Atlanta.

McCarthy finished on a 2-under-par total with rounds of 72-72-70-72 to be fifteen shots from the tournament winner, American Ben Kohles. 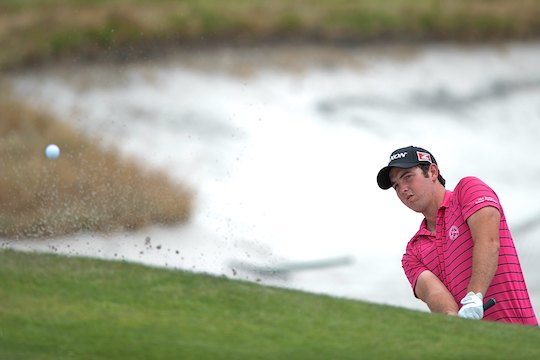 Kohles, a University of Virginia graduate, finished the final round at 17 under with a score of 67 securing the title by two strokes from Michael Kim.

It was Stieger’s first hit out in the US after an impressive UK tour where the 2011 Australian Amateur champion made the quarter-finals of the British Amateur and every cut of the four events he played.

Dimi Papadotos rounded out the Australian contingent to feature on Sunday finishing in a tie for 38th position at 2-over-par with rounds of 73-72-73-72.

Australians have not had much success at the Dogwood, an event ranked 25th in the world according to the Scratch Players ranking.

In the tournament’s 71 year history the Dogwood title has fallen into Australian hands just once with Andrew Buckle winning the event in 2002.

US Open winner Webb Simpson won the Dogwood in 2007.