Rory McIlroy reckons he’s got a good reason for not playing the Irish Open but he has a totally bizarre excuse for not contesting tomorrow’s Honda Classic.

And it’s got nothing do with the fact McIlroy, who won the event in 2012 to go to World No. 1, has played poorly in recent years at PGA National in Palm Beach Gardens. 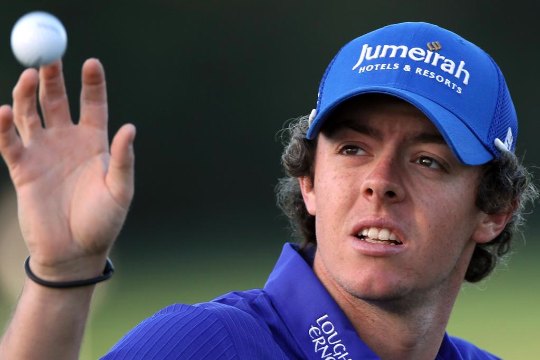 A baby-faced McIlroy was crowned the new world number one following his two-stroke victory at the 2012 Honda Classic (Credit: PGA Tour)

What then would be the issue teeing-up less than a 10-minute drive from his palatial Bears Club abode where he and wife, Erica, get to spend the week of a home event in their matrimonial bed and enjoy all the comforts and luxuries without the need for room service?

No, McIlroy reckons he just cannot get his head around staying at home and also committing himself to the $6.8m tournament.

“I just find something strange about playing a golf tournament when you are staying at home and like actually in your own bed,” he said.

“Usually when you have a few weeks off you are home and you’re in a different mindset and a different routine but then when I am staying in a hotel at a tournament, I have the same routine as I get-up and go to the gym. I eat breakfast and it is just a bit different to when you are staying at home.”

“It’s nothing to do with having family or friends around if I were staying at home for a tournament. It’s just a feeling of not being home and it’s weird.”

“Even the times I was playing well at the Honda it wasn’t as though it was home for me as I was renting a place those weeks.”

“So, it is all a little different now as we live at the Bears Club in our own house but then I am sure I will play it in the future and it will be back on my schedule at some point.”

“But for this year what with defending at Bay Hill next week and the Players now moved back to March it would have meant playing five in a row is just too much for me.”