Rory McIlroy, Abraham Ancer and Daniel Berger have taken the lead over a star-studded field on day one at the Hero World Challenge.

At 6-under 66, the trio hold a narrow one-shot advantage over Webb Simpson, Justin Thomas and last week’s The Match winner, Brooks Koepka. 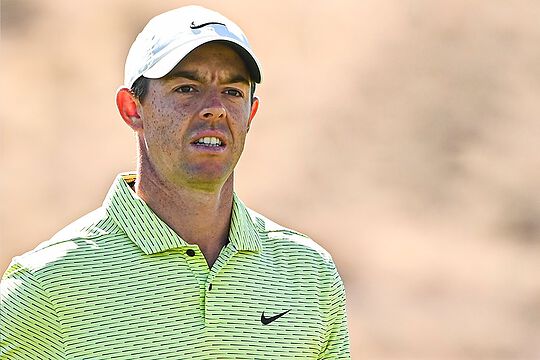 Both McIlroy and Thomas managed to throw away a chance at the outright lead with uncharacteristic double-bogeys at their 9th and 18th holes respectively.

“I was proud of myself for how I bounced back from that ninth hole mishap,” said McIlroy, who is playing the silly season event for the first time since 2013.

“I was trying to ride my luck a little bit and then on the 9th pulled my tee shot but got away with it and sort of kicked around that fairway bunker and had enough club to get there in two, so I was trying to pull a shot off and I didn’t and ended up making a double from it.”

“So, happy with how I responded on the back nine after that. Played the back nine in 5 under par. Yeah, it was a nice little response to not quite a mental error. I mean, I committed to the shot, I just didn’t make a great swing.”

“It again just shows it is the ficklest of fickle, this game”.

Sitting in a four-way tie for 7th and partnered with McIlroy, Collin Morikawa is still a hope to claim the World No.1 position at the end of this week.

Although, the Open champion and European No.1 will need to be at his very best if he is to dislodge Spain’s Jon Rahm, who isn’t playing this week, from his 20-week long stint at the top.

2019 winner and defending champion, Henrik Stenson, finished on even par 72 matching two birdies with two bogeys in an uneventful round alongside Viktor Hovland (68).