McIlroy confirmed his appearance both events after finishing in a share of eighth place in the defence of his PGA Championship title at Oak Hill. 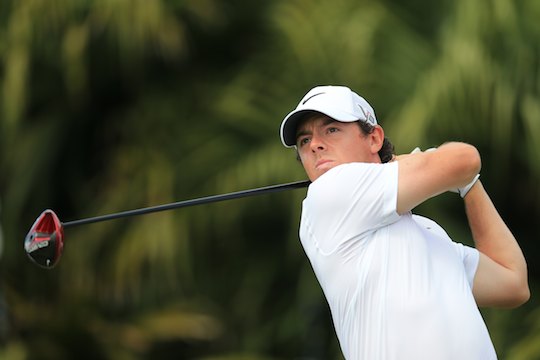 The Australian Open will be staged at the Royal Sydney course from November 28th to December 1st, 2013.

“It is pretty much locked in place I will be playing the Australian Open in Sydney,” he said.

“It’s been a couple of years since I last competed in an Australian Open. I competed in 2006 when I was still an amateur and then a year later after just turning pro.”

“Both were in Sydney and I’ve always enjoyed myself in Sydney so I am very much looking forward to returning to Royal Sydney.”

And McIlroy’s no stranger to the 2000 Olympic Games host city as earlier this year when girlfriend, Caroline Wozniacki contested the Apia International.

The pair was photographed in front of the Sydney Opera House and McIlroy has the photograph on his Twitter page.

There had been suggestions McIlroy was all set to compete in last year’s Australian Open for a reported $US1m appearance fee however both Golf Australia and his Dublin-based Horizon Sports Manager, Conor Ridge denied the rumour.

But while McIlroy has not tasted success since then he is still expected to command a $US1m appearance fee to tee up on the Royal Sydney course.

And McIlroy indicated he has also accepted an invitation a week later to play in the Tiger Woods hosted World Challenge from 5th to 8th December at the Sherwood Country Club course in suburban Los Angeles.

“It will be a great two weeks to finish up my year so I’m looking forward to competing in both events,” he said.

And McIlroy admitted after his best finish this year in the Majors he had left the suburban Rochester course with the same feelings he had experienced last year in Ohio where he had finished eighth in the WGC – Bridgestone Invitational and a week prior to capturing a second Major Championship victory.

“I feel just like I did in leaving the Bridgestone last year as my game is pretty much in great shape,” he said.

“There’s still enough golf ahead of me this year to turn it into very good year,” he said.

“I have four very big weeks coming up to try and finish off the PGA Tour season well.”

“I’ve also got a few events out in Asia, the Australian Open and Tiger’s event so I’ve got plenty of opportunity to round off my year on a good note.”