McIlroy believes he can win a November Masters

Rory McIlroy’s had eleven attempts to win the Masters in the month of April and is now backing himself to break his Augusta National ‘drought’ in November.

Six-time Masters winning Jack Nicklaus reckons McIlroy could bloom in the winter-like conditions later this year and now so does the current World No. 1, who has had five top-10s at Augusta. 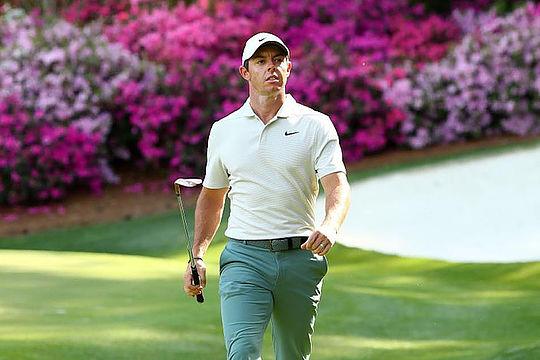 McIlroy has also won 10 of his 27 career victories in the last four months of the year and went so close to an 11th last October in the crisp conditions at the Alfred Dunhill Links Championship.

“The Masters means so much. Obviously it’s the last major for me to win but putting that aside, it is such a special place, so many great memories already,” said McIlroy in speaking to fellow Nike star, Michelle Wie on the Golf Channel’s “Morning Drive” show.

“Any time you get to play at Augusta is a lot of fun.”

“November is going to be different, very cold, the course could play very long. It plays long already but it can play very long. The greens may not be as fast as in April depending on the moisture.”

“I think it will be a different feel, it’s at the back end of the year. Two of the majors have already been played, hopefully the Ryder Cup’s already been played. People will be in their routine and in the flow a little bit more.”

“I always feel there’s this bit of anticipation going into Augusta, the first big event of the year. There’s all this hype. I don’t think it will feel like that this year, it will feel different but it’s something I’m looking forward to.”

“It’s going to be a different Masters this year but personally, maybe selfishly, that’s what I need to get the jacket.”

McIlroy also revealed he felt more pressure playing in the Ryder Cup rather than in majors and explained how playing in the biennial event helps him deal with scrutiny when contending in tournaments.

“Pressure at the Ryder Cup is different. I think if you look at people who have performed well in Ryder Cups before they went on to win majors, I think it’s a good precursor.”

“I think for us, that the Ryder Cup is the biggest and most intense atmosphere you can play under. If you can handle that, you can handle being in contention at the majors.”