While he had a huge smile on his face after winning The Players Championship this morning, the same could not be said earlier in the week when McIlroy called for the Tour to come down hard on the Tour tortoises.

The normally even-tempered McIlroy, a member of the PGA Tour Players Advisory Board, was fuming in declaring slow play is becoming ‘an epidemic’ on the PGA Tour. 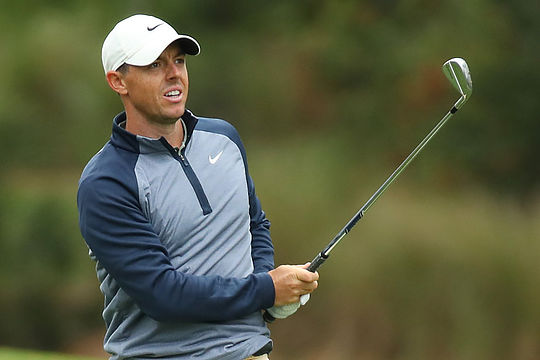 And McIlroy not only slammed the slow players but also the inaction of the PGA Tour in singling out the slow-coaches.

“Tour officials don’t do anything about it,” said McIlroy, who along with playing partners Phil Mickelson and Matt Kuchar, had to wait on almost all the tee boxes and fairways on day two of the Players Championship.

“It’s become somewhat of an epidemic on tour. Look, it’s our livelihoods and people are going to take their time.”

“And as the course dries up and gets firmer and gets tougher, guys are going to take their time. But the fact that someone didn’t finish (on Thursday…that’s unacceptable.”

McIlroy’s second round group on Friday eventually took well over five painful hours before his posted a 65 to join Tommy Fleetwood in a then share of the lead on 12-under par.

Adding to McIlroy getting hot under the collar was the bizarre scenario at 7.25pm local time Thursday when poor light halted play with India’s Anirban Lahiri electing to return on Saturday morning to face a four-foot putt on the final green of his first round.

“The fact that someone didn’t finish yesterday (Thursday), just being through daylight savings and the tee-times and someone had to come out today because there wasn’t enough light to finish, I mean, that’s unacceptable,” McIlroy said.

“This is five hours and 40 minutes after our tee-time. I get that it can take five hours to play out there, but it shouldn’t take any over that. They don’t do anything about it. It’s become somewhat of an epidemic on Tour.”

“Honestly, I think they should just be a little tougher and start penalising shots earlier and that would be an easy way to fix it.”

Unlike the European Tour that regularly enforces slow play, the PGA Tour in the last 24 years has only singled out two players to be hit with a ‘slow play’ penalty.