If Rory McIlroy as Chairman of the PGA Tour Players Advisory Council gets his way, then greens books and the practice of arm-lock putting will be outlawed on golf’s biggest tour.

It was reported last week, that the 16-PGA Tour player council voted two weeks ago to ban the books, which detail slopes and contours on putting surfaces. 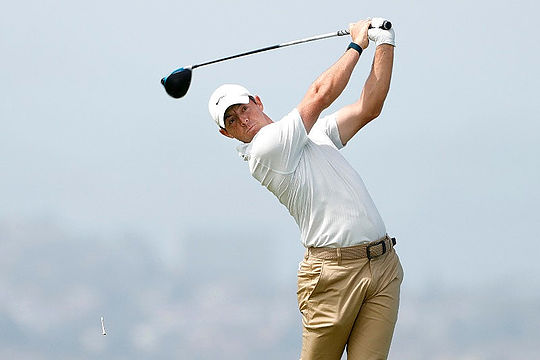 Self-confessed golf nerd Rory McIlroy looks to bring back some of the skill to the game (Credit: USGA)

All it needs now is for the full PGA Tour board to rubber stamp the decision and the new rule would come into force from the start of the 2021-22 wraparound season.

“Everything that’s talked about in those meetings is somewhat confidential,” McIlroy said ahead of this week’s U.S. Open.

“But what I can say, I think, I use a greens book, and I’d like to get rid of them. I think everyone is in the same boat, that if it’s going to be available to us and it helps us, people are going to use it.”

“I think for the greater good of the game, I’d like to see them be outlawed and for them not to be used anymore.”

Defending US Open champion Bryson DeChambeau is among those who uses the greens books greatly to consider putting angles.

The books are currently not allowed to be used at the Masters.

“It’s not that it’s an advantage really, it’s just taking away a skill that takes time and practice to be mastered,” added McIlroy.

“I think reading greens is a real skill that some people are better at than others, and it just nullifies that. It nullifies that advantage that people have.”

“It has made everyone lazier. Players don’t put in the time to prepare the way they used to, and that’s why you see so many more players at Augusta, for example, taking their time around the greens, hit so many more putts. It’s because they have to.”

“It’s because there’s no greens book at Augusta.”

McIlroy is also of the view that the decision to ban greens books will help speed-up the pace of play in tournament rounds, if at the expense of slower practice rounds.

“Practice rounds may become a little longer and you might have to do a little bit more work,” McIlroy said.

“But I think, once we get to the tournament rounds, it will speed up play, and I think it will help the guys who really have done their homework. It will help them stand out a little bit more.”

“I thought we got rid of anchoring putting three years ago,” McIlroy said, then admitted that with arm-lock putting allowed, “No, probably not.”

“That’s certainly something that I would like to see addressed, as well, and I think there’s a common consensus with the players on that one too.”

“Golf is in a great place. We always have these conversations of what we can do to make the game better or grow the game or expand the game.”

“There’s a couple of little things that us golf nerds want changed, whether it be green reading books or arm-lock putting or whatever it is, but from a whole and looking at the game from an entirety of it, I think it’s in a really good place.”

McIlroy will tee off alongside Dustin Johnson and Justin Rose from 6:36am Friday morning (AEST).