McIlroy can’t wait for season to end after Boston cut

(Boston, MA:) Rory McIlroy has confessed he can’t wait for a frustrating season to end after missing the cut in the defence of his Dell Technologies Championship in Boston.

McIlroy again showed little spark in adding a three-over par 74 to his opening 72 on day two at TPC Boston. 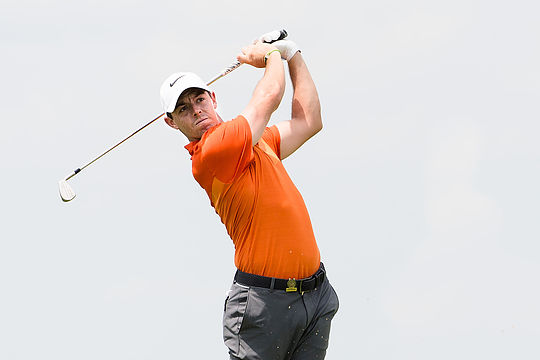 It means the current World No. 4 has just two events remaining this year, his defence also of the season-ending Tour Championship and next month’s Alfred Dunhill Links Championship in Scotland, to keep alive an unbroken run of having won at least one event a year since his first full season in the play-for-pay ranks in 2008.

It is just the third time in 22 worldwide victories McIlroy will have sat out the closing two rounds in teeing-up in the following year’s title defence.

“I got off to a decent start with birdies at my third and fifth holes but then three-putted from nowhere on my sixth and I’ve had a couple of simple mistakes like that the last couple of days that have been costly,” he said.

“I then made a bogey with a wedge in my hand at my 10th and it is just sloppy mistakes like that I find is hurting my game.”

“Usually I am able to get things up-and-down and I guess I am just waiting for the season to end and that’s reflective in the way I am playing and the way I am thinking at the moment.”

McIlroy is projected to drop seven spots to 50th on the FedExCup standing but assured of qualifying among the top-70 who will contest the September 14th BMW Championship.

The BMW is the third of the four FedExCup PlayOff events with McIlroy to then defend the September 21st commencing Tour Championship.

And when asked if there was a part of McIlroy that hoped he had the last two rounds off he remarked: “No, not really as if I get to play here in Boston for the next two days means I get to spend two extra days at home for Thanksgiving in Florida.”

“So, that is the reason why I wanted to spend all four days here in Boston. If not, it is two days off and I will have to play better in Chicago and try and make it to Atlanta.”

“It is all just frustrating at the moment but then I have been caught in two minds for the last couple of months between just trying to play well and I feel like I can but it is just not really happening.”

“It could be like taking two steps forward but taking one back but I really just feel I am standing still”.