Four-time major winning Rory McIlroy is two events away from ending a 14th full season in the pro ranks at the Tiger Woods’ Hero World Challenge early next month.

Looking back on season 2021, McIlroy won twice in the year capturing the Wells Fargo Championship and more-recently the CJ Cup at Summit in Las Vegas for his 19th and 20th PGA Tour titles. 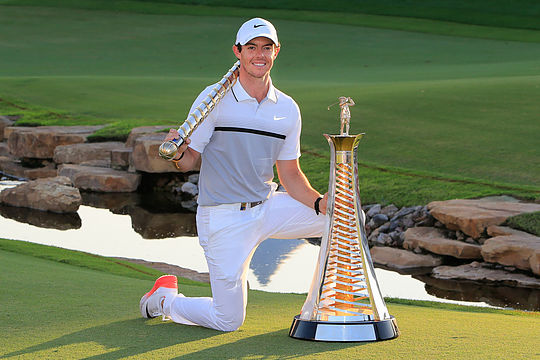 He represented Ireland at the Olympic Games going close to winning a Bronze medal while he earned a sixth European team cap in a sixth straight Ryder Cup.

However it remains the majors where McIlroy’s career is judged and in the four tournaments at the game’s highest level, McIlroy’s best finish in 2021 was a T7th at the U.S. Open.

And while next year will mark eight years since his last major championship, there’s no denying McIlroy continues to hold his own among the elite in men’s professional golf.

Though there’s one consistency in McIlroy’s career; he’s always able to bounce back from any disappointment in his game.

“It’s weird as you go back through my career as I’ve had all these low points and I have been able to bounce back from them very quickly and had high points,” he said.

“I think one of the things I have shown throughout my career is that I have proven resilient and am proud of myself for that and I feel like I have had some struggles but I have got through the other side of them.”

“So, I’m excited about the future and I feel really good where everything is, and looking forward to the road ahead.”

With McIlroy lying 20th on the Race to Dubai and with no chance of capturing a third DP World Tour Championship it will be a ‘free-wheeling’ Irishman this week tackling the Earth course at Jumeirah Estates.

“There will be the one focus this week and that is to try and win the DP World Tour Championship given I cannot finish European Tour No. 1 so that simplifies things a little bit this week but it’s not that I have able to achieve both in the past. So, it will be just about trying to win the championship.”

“I haven’t played enough in Europe this year to give myself that chance to win both but I’m fine with that. There is a couple of players who have and players like Billy Horschell who has a great chance to win, who made the effort to travel over to Wentworth to win the BMW PGA and also the Dunhill Links.”

McIlroy will tee off in round one alongside South Africa’s Dean Burmester.

However, Lee is the only Aussie in with a chance at the European No.1 crown. The Western Australian will need to win this week’s event and also for Race To Dubai leader Collin Morikawa to finish worse than tie for 7th, and Billy Horschel, who sits in second place, to finish worse than fourth.