McIlroy eyes victory with Race to Dubai all but over

Rory McIlroy knows he has a better shot at regaining his No. 1 world ranking later this week than capturing a third straight Race to Dubai title.

McIlroy returns to competition for the season-ending DP World Tour Championship but having seen his Race to Dubai title hopes vanish by his controversially late decision not to contest last fortnight’s Turkish Airlines Open. 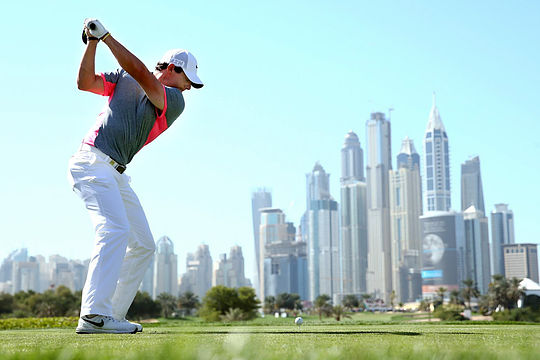 McIlroy also chose not to tee-up a week ago in the Nedbank Challenge and with Sweden’s Alex Noren making McIlroy pay dearly as the Swede jumped to third place on the R2D money list and bumping McIlroy back to fourth.

McIlroy can still capture a fourth Race to Dubai title in five years but only if Henrik Stenson, who leads the money list title, finishes worse than 45th while the current second place Danny Willett is outside the top-five and Noren does not finish top-two.

“Mathematically I can win, but it’s not going to happen,” he said.

“I wouldn’t hold my breath. I think the three guys that are ahead of me are playing very good golf, especially the two Swedes, Henrik and Alex.

“Alex with what he’s done over the past few weeks; Henrik has had a fantastic year, and so has Danny, obviously.

“So I don’t expect those guys to play badly this week. You know, so I’m just concentrating on trying to win the golf tournament and if I can do that, I’ll be very happy.”