Double Major-winning Rory McIlroy admits he facing a tough task to silence Adam Scott in pulling off the “Australian Grand Slam” at the Australian Open in Sydney.

Scott is in red-hot form having already captured the Australian PGA and Australian Masters this month and victory at Royal Sydney would give him the coveted “Australian Grand Slam”. 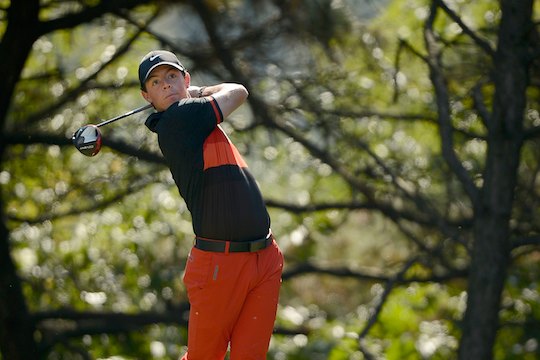 In preparation, McIlroy has spent the past week in Dubai working on his game after finishing fifth in his defence of the European Race to Dubai title.

According to his Twitter page, the 24-year-old spent the near 13-hour flight Down Under alongside comedian Will Ferrell, one of the stars of the movie “Anchorman: 2 that is having its premiere in the city.

“Adam is playing great golf this year and with two victories this month alone he will be a force to reckon with in Sydney,”said McIlroy.

“Having won the US Masters in April and Barclays Championship in August, it is fair to say that Adam is a tough opponent no matter where he plays so I’ll expect him to be contending at Royal Sydney”.

McIlroy was last in Sydney earlier this year when he accompanied Danish girlfriend Caroline Wozniacki ahead of her competing in the Australian Open tennis tournament.

But it will be his first golfing appearance in the city since contesting the 2006 Australian Open as a then amateur, which was also held at this week’s Royal Sydney venue.

McIlroy will not want to be reminded of his effort seven years ago — he averaged 76 over the four days to finish well down in a share of 51st place and 21 shots behind the winner, Australia’s John Senden.

The former world number one will tee-up this week not only looking to win for a first time in over 12 months, but needing to beat Scott as well as his compatriot, Jason Day.

McIlroy admits he has much in common with world number two Scott with the Northern Irishman having bounced back from disappointment at the 2011 Masters to capture the very next Major, the US Open.

Scott, who bogeyed the last four holes to let slip victory in the 2012 British Open, also put aside a horror show to become the first Australian to win the US Masters.

“Adam is a special talent and for a long time he has been one of the best players in the world,” said McIlroy, who is reportedly being paid US$1 million to compete in Sydney.

“He is a hugely popular player and one of the nicest guys on tour and over the past few years I’ve become very friendly with Adam and always welcome a game with him.

“To win the Masters this year was a just reward for his disappointment in the 2012 Open Championship and I think everyone in the game was delighted for him.

“Without doubt the 2012 Open Championship was a huge learning curve for Adam and the experience has made him stronger which will stand to him for the rest of his career,” he added.

“So in many ways it resembled my disappointment at the 2011 Masters and I’ve always looked back on that as a big positive in my career. You learn more from your mistakes sometimes, which we have both realised.”

McIlroy’s final event of the year will be next week’s Tiger Woods-hosted World Challenge in suburban Los Angeles.