World number three Rory McIlroy is keen to convert his impressive record at the WGC-HSBC Champions into a victory this week, as he aims to extend his winning run in the World Golf Championships.

The four-time Major winner has recorded top six finishes in four of his five previous appearances in Shanghai, and has won a World Golf Championships tournament in each of the past two seasons – the 2014 WGC-Bridgestone Invitational and last year’s WGC-Cadillac Match Play. 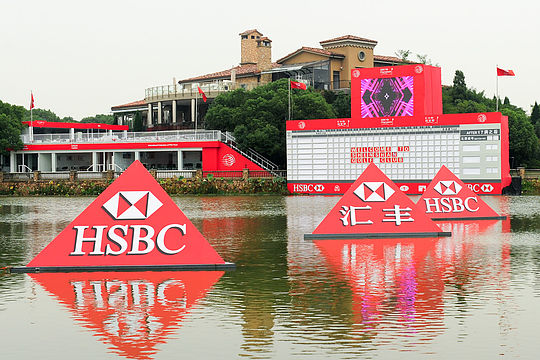 “I’m excited to be here in Shanghai. I wanted to come in to these last few weeks of the season feeling fresh and ready to play some good golf, to give myself a chance of winning another Race to Dubai.”

“It’s my sixth time in Shanghai and I’ve played well here but not quite well enough to win. Hopefully I can change that this week.”

“I feel like I’m playing well enough and that I’ve showed enough good form around this golf course in the past to be confident that I can give myself a chance this week. Another WGC and another one of those Wedgewood trophies would be very nice,” said McIlroy.

Meanwhile Sweden’s Henrik Stenson is looking to add another title to his collection after a fantastic summer that saw him win the 145th Open Championship and an Olympic silver medal.

“It’s been a great summer for me and I would like to get a good start here in Shanghai for the final couple of weeks.”

“This is a great event and it’s gone from strength-to-strength over the years. It’s the biggest tournament in Asia and attracts a very strong field. I haven’t had super results here in the past, but I hope I can turn that around this week and be there on Sunday afternoon when it’s all going to be decided,” said Stenson.

“I really enjoy playing on this golf course and considering how I finished in Malaysia, I’m really confident with my form coming into this week,” said Hend, who shook off the effects of food poisoning before finishing with a morale boosting tied-seventh result in Kuala Lumpur last week.

The big-hitting Australian has already won twice in Thailand this season and is looking to end the year on the high with another win and capturing the Order of merit crown.

“Winning the Order of Merit would be a great achievement as that will justify how well I’ve played in Asia over the years.”

“I’ve been fortunate enough to win nine times in Asia and I finished second a fair few times on the merit race. I would hope to win at least one more time again this year as that would cap a fantastic season for me,” said Hend.

Hend will be up against the world’s best players including eight of the world’s top-10 players at the US$9.5 million WGC-HSBC Champions.