McIlroy: It’s time for a truce in world golf

World No. 2 Rory McIlroy says it’s time both sides in the biggest controversy ever to hit men’s professional golf need to sit down and sort out their grievances.

McIlroy, as chair of the PGA Tour Players Advisory Committee, has been very much the soundpiece for the PGA Tour with Tour Commissioner Jay Monahan seemingly determined not to have anything to do with working on any peace agreement. 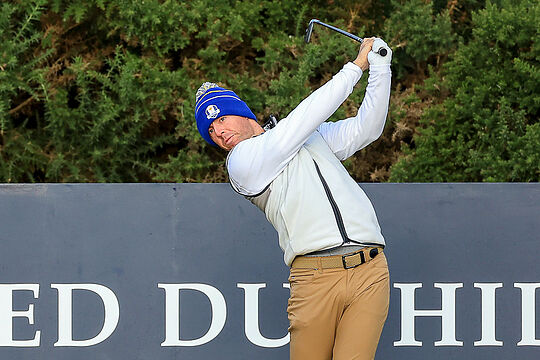 Now in a remarkable turn in this golfing war of words, Alfred Dunhill, the sponsor of this week’s Alfred Dunhill Links Championship, issued a public statement calling on the two major protagonists – PGA Tour & LIV Golf, to try and end the matter that continues to tear men’s golf apart.

Johann Rupert, chair of Richemont who run the Dunhill Links, is reported as saying in The Scotsman newspaper:

“I think the fascinating thing is that I haven’t seen any animosity between LIV and non-LIV here.”

“Yesterday, two of the major protagonists who were having a go at each other on Twitter recently were playing as partners in front of me,” added the multi-millionaire South African-born businessman.

“The best of friends and they were having a go at each other in the papers, but yesterday they were partners and I said to them, ‘what’s going on here?’ and they said ‘no, we are still friends’.”

McIlroy once again found there was no escaping the subject in attending the Dunhill Links media centre here at the Old Course.

“There’s obviously this court case that’s going to happen in February with the DP World Tour and then the one in the States, whenever that gets — so that’s what makes it very difficult,” he said.

“I’ve seen a few guys have sort of dropped their name from that suit in the States over the last 24 hours. But that’s what makes it difficult.”

“And I think, as well, there’s a natural timeline here to let temperatures just sort of settle down a little bit and people can maybe go into those mediations with cooler heads and not be so emotional about it all.”

“Saying that, I don’t think we can let it go too much longer. So I’m all for everyone sitting around the table and trying to figure something out for sure.”