McIlroy leads with Aussies closing in

Rory McIlroy, will take the hopes and dreams of Northern Ireland into the final round of the 2011 Masters.

The world number nine continued his domination of the Augusta layout with a third round 2-under 70 building a margin of four strokes entering Sunday’s final round. 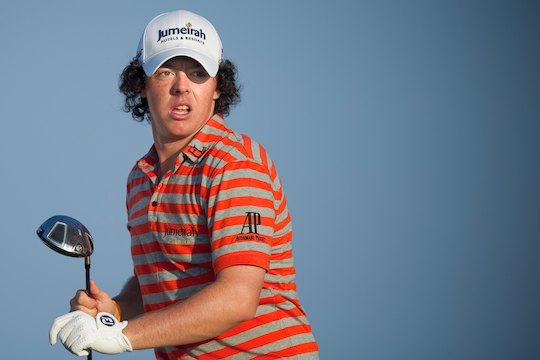 Despite the immense pressure, the 21-year-old McIlroy feels comfortable with his game.

“It feels good. It’s a great position to be in. I stayed really patient out there today. I was really, really happy with the way I stuck to my game plan and it paid off in the end.”

Another young man who has the hopes of a country on his shoulders is Queensland’s Jason Day.

Day failed to back up his round of 8-under 64 from Friday, however, he posted a solid even par 72 to leave himself with a chance of bringing home Australia’s first green jacket.

“I went out there and had fun. Obviously I made a few, you know, disappointing choices. But I’m going to go out there the same tomorrow and I’ve got a game plan that I want to stick to. And if I can do that and hole some putts, hopefully I can try and chase them down.”

Another Australian, 30-year-old, Adam Scott, moved himself into contention with a 5-under 67 to close the day just five strokes off the pace.

“I just struggled for my rhythm the first couple days. But today on the range it kind of all fell into place. I was feeling really good hitting those shots and got off to a good start, which is something I seem to struggle with here.”

“To get a couple birdies in early and then keep the momentum going into the back nine was nice and certainly exactly what I needed to do today.”

When asked about his chances of winning, Scott was quick to reply: “I can’t even think about that to be honest. It’s too far away. I’d just love to play a solid front nine and see if I stand in contention then.”

Geoff Ogilvy, the third Australian inside the top ten, failed to fire on day three and posted a 1-over 73 to close his third round, seven strokes behind the leader, McIlroy.

The expected charges from Tiger Woods and Phil Mickelson failed to materialise, with Mickelson posting a 1-under 71 to languish in 18th place.

Woods’ luke-warm putter lead him to a 2-over 74 and with seven strokes separating him from the third round leader, it will take a large dose of vintage Woods tomorrow to put himself anywhere near contention.

But this is the Masters and Tiger Woods does what he does best at Augusta National.