Four-time Major winning Rory McIlroy revealed he penned his 2015 goals on the back of a boarding pass.

McIlroy used his time aboard a recent Emirates Airlines flight from Dublin to Dubai to again write down his goals for the new season – a procedure he has adopted since the commencement of his career. 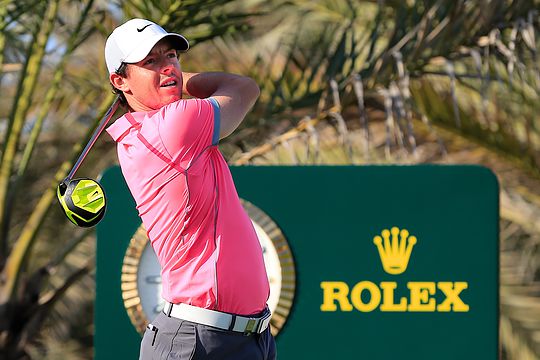 Last year those goals were put on the back of a boarding pass bearing seat number 4K while he was seated in 1A for the flight to Dubai where he had spent the past week working on his game before arriving in nearby Abu Dhabi for this week’s 10th anniversary Abu Dhabi HSBC Championship.

The World No. 1 admitted he usually writes down seven goals he then memorises before placing the boarding pass at the back of his wallet and not looking at it again until season end.

The subject of the boarding pass and McIlroy’s 2015 goals surfaced at the Abu Dhabi HSBC Championship when he was asked about his goals for the coming year, and where he thought he could improve on his game.

“Yeah, there’s always little goals and it’s always the process goals that are most important because it’s pretty obvious what anyone sitting up here at this press conference, whether it’s today or tomorrow; it’s obvious what everyone’s goal starting the year: Winning tournaments, winning Majors,” he said.

“It’s the little things that you can do in practice and just in everyday life that can maybe help you get to that and be a little bit more consistent and do a couple more things.”

“So every year, I’m flying here and I do a week of prep or ten days of preparation in Dubai before this tournament, and I write my goals down in the back of my boarding pass, and I put it in my wallet and I memorise them. But I don’t look at them until the end of the year.”

“So in my back pocket in my wallet is a boarding pass with my goals for this year. I don’t really want to share them with anyone else.”

“They are just my little goals, and I’ll try and achieve those, and I’ll take that boarding pass out at the end of the year and see how well I’ve done.”