Over his stellar career, Rory McIlroy has made remarks that he has later regretted.

The four-time major champ has had a go at everything from the Olympics to the Ryder Cup and has admitted, that at times, he speaks before he thinks. 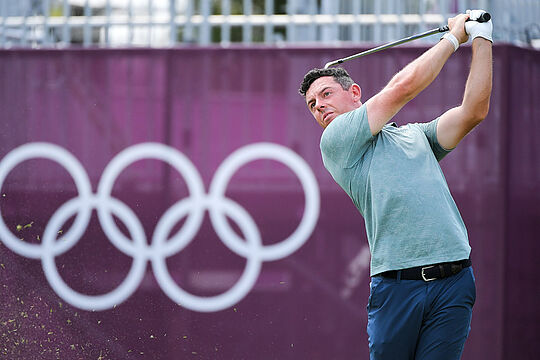 Just weeks ago at the Open Championship he said he was only turning up in Japan as it was the “right thing to do.”

“I am not a very patriotic guy…I am doing it [playing in Tokyo] because I think it is the right thing to do. I missed it last time and for golf to be an Olympic sport you need your best players there, and I feel like I want to represent the game of golf more than anything else.”

“I don’t know if there is much to look forward to, it is obviously going to be a very different environment.”

Fast-forward a few weeks and a narrow bronze medal miss behind him, and it seems the Northern Irishman has changed his tune about the quadrennial event.

“I made some comments before that were probably uneducated and impulsive…but coming here experiencing it, seeing, feeling everything that goes on, not just Olympic golf but just the Olympics in general, that sort of Olympic spirit has definitely bitten me,” said McIlroy.

“Before this week, it [becoming an Olympic champion] might have been something that wasn’t fully on my radar, but leaving Tokyo, it’s something that I really want to do.”

“I’ve never tried so hard in my life to finish third…I gave it my all out there and it wasn’t quite meant to be, but I’m looking forward to having a crack at it again.”

McIlroy fired a final round 67 to finish in a seven-way tie for third to force a playoff for the Bronze Medal. The 32-year-old made it as far as the third hole before being bundled out by Collin Morikawa and eventual 4th playoff hole winner, C.T. Pan.