McIlroy returns to World No.1 with CJ Cup win

Rory McIlroy claimed a one stroke victory over Kurt Kitayama to claim back-to-back wins at the CJ Cup on the PGA Tour on Sunday.

McIlroy finished at 17-under-par with a final round 67 and in the process reclaimed the World No.1 spot from Scottie Scheffler. McIlroy picked up shots on the 14th, 15th and 16th holes to make a solid closing finish at the Congaree Golf Club.

Holding a one shot lead coming into the final day, McIlroy knew a win would take him above Scottie Scheffler and to the top of the world rankings, but in reality a second place finish would also have seen him leapfrog Scheffler, because the American finished in a tie for 45th on one under.

As a result of his 23rd PGA Tour victory, the four-time major winner went to the top of the rankings for the ninth time in his career. He also earned US$1.89 million and 500 FedExCup points. 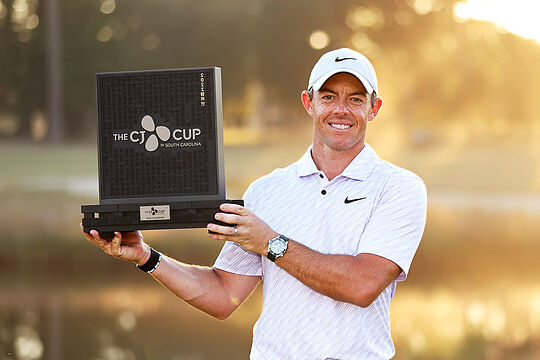 “It means a lot,” said McIlroy about reclaiming the top-spot.

“I’ve worked so hard over the last 12 months to get myself back to this place. I feel like I’m enjoying the game as much as I ever have. I guess that’s where I say like the cool thing about it is you get to No. 1, and it feels great in the moment. The bad thing is you almost (have) to…maybe work harder to stay there.”

McIlroy reclaims the top spot from Masters champion Scottie Scheffler, whom he beat to win the $15m FedEx Cup in August.

Jason Day continues to make a comeback of sorts, finishing the best of the Australians in a share of 11th position at 10-under-par, with Cameron Davis in a share of 13th to round out the Aussies in the tournament.