McIlroy rules himself out of Open Championship

World number one Rory McIlroy has ruled himself out of next week’s defence of his Open Championship.

The news is not a surprise given the extent of McIlroy’s left leg injury when he ruptured ligaments playing a social game of football. 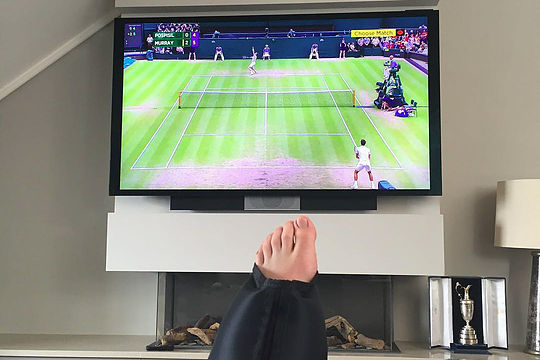 The news comes a huge blow to golf fans around the globe who were looking forward to seeing the 26-year old defend the Claret Jug at the Home of Golf and up against world number two, Jordan Spieth.

“After much consideration, I have decided not to play in the Open Championship at St. Andrews. I’m taking a long term view of this injury and, although rehab is progressing well, I want to come back to tournament play when I feel 100% healthy and 100% competitive.”

“Thank you for all your support and best wishes. I hope to be back on the course as soon as I can. In the mean time, come on Andy!!!”

Murray went on to beat Canadian Vasek Pospisil in straight sets to reach his sixth Wimbledon semi-final in seven years.

The R&A, as organisers of next week’s 144th Open Championship, responded on Twitter:

“We are naturally very disappointed that Rory will be unable to defend his title at St Andrews next week. Rory will play in many more Open Championships and our primary concern is for his complete recovery.”

“Everyone associated with The Open wishes Rory the very best as he looks to return to full fitness.”