McIlroy says rules changes a waste of time and money

As Rory McIlroy’s press conference ahead of this week’s Phoenix Open edged past the 20-minute mark strangely none of the gathered media had asked him his thoughts about the proposed rules changes by the R&A and USGA.

And it turns out McIlroy was very keen to share his views. Just as the moderator was about to wrap things up for the day, McIlroy said: “No one asked me an equipment question.” 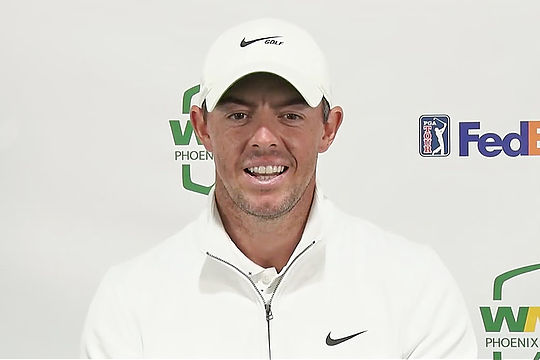 Rory McIlroy unloads his thoughts on the proposed rules changes released by the R&A and USGA this week (Credit: PGA Tour)

It was then that the floodgates opened and we found out exactly what the four-time major champion thought…and it wasn’t positive.

“So I think the authorities, the R&A and USGA, are looking at the game through such a tiny little lens, that what they’re trying to do is change something that pertains to 0.1% of the golfing community,” said McIlroy, his thoughts mirroring those of many of the top players in the world since the news broke.

“99.9% of the people this play this game play for enjoyment, for entertainment. They don’t need to be told what ball or clubs to use.”

“I heard Mike Davis say something about we’re trying to protect the game for the next hundred years [but] this isn’t how you do it.”

“This is so small and inconsequential compared to the other things happening in the game. It’s the grassroots. It’s getting more people engaged in golf. That’s where they should be spending their money, not spending it on the distance insight report.”

There’s a certain amount of irony in the timing of the announcement given that golf is having somewhat of a resurgence amongst the general public thanks to so many people now being forced to work from home and consequently having more leisure time.