(Orlando, FL:) World No. 1 Rory McIlroy has slammed embattled TV analyst Paul Azinger declaring him to be ‘dismissive and disrespectful’ to both Lee Westwood and Tommy Fleetwood respective careers.

Azinger has been reportedly ‘shut down’ by NBC TV executives in making similar comments following the Twitter furore generated by the American’s remarks during last Sunday’s final round TV coverage of the Honda Classic at Palm Beach Gardens in Florida. 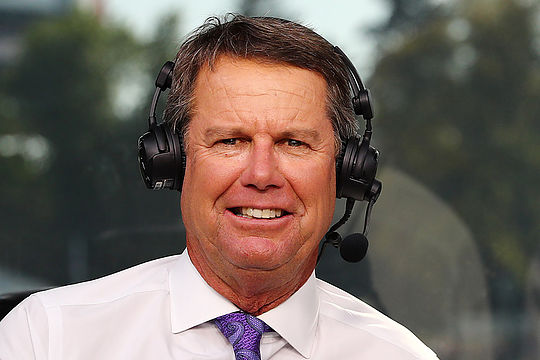 The 2008 winning US Ryder Cup captain said of Fleetwood: “You can win all you want on ‘that’ European Tour, the international game and all of that. But you have to win on the PGA Tour.”

Fleetwood had been leading at the time early into the last day at PGA National before eventually finishing third as he seeks a maiden PGA Tour win.

And in speaking of Westwood who had been in contention all last week before sharing fourth place, Azinger remarked he had spoken to Westwood earlier in the week of the Honda and mentioned the Englishman’s 44 wins around the globe saying: “Lee said to me I’ve got two wins on the PGA Tour but, ‘Oh, well, I’ve won forty-four times all over the world.’

“It’s not the PGA Tour, though, and they know that and I think Tommy knows that. It puts a little pressure on Tommy.”

“The sentiment is right as it is probably difficult to win on the PGA Tour but I find he (Azinger) was very disrespectful especially to Lee and given he’s won 44-times around the world and the fact he only recognised two of those wins,” said McIlroy.

“It does not mean Lee’s other 42 wins were not just as important. Lee’s also a former World No.1 and he’s played a lot of great golf in his life time, so he (Azinger) was unnecessarily dismissive of his achievements.”

“Tommy also has won three events that have stronger strength of fields than the Honda Classic.”

“His comments were a little nationalistic, a little ‘America’s the best’ and yes, the PGA Tour may be the best tour in the world but you can say that and still be complimentary of the European Tour and recognise players like Lee and Tommy have played great golf to get to this level in the States.”

“So, I just found him (Azinger) dismissive and disrespectful.”

This week’s defending Arnold Palmer champion, Francesco Molinari found himself involved in the discsussion and given it was Azinger who made the on-air comment a year ago when the Italian, and then reigning Open Champion, holed a monster 72nd hole victory putt with Azinger saying ‘this is the biggest win of his career’”

Molinari responded this week simply saying: “I don’t think I should get into that. It’s golf and it’s never easy to win in golf wherever you play. That’s all I am going to say.”