Both these major champions have hinted that their decisions to miss the Rio Olympic Games, in hindsight, may not have been the right choices. 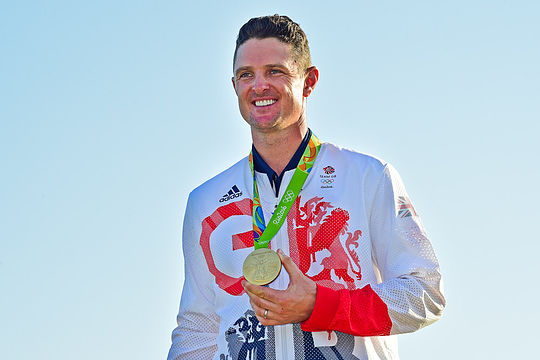 Justin Rose was one of the few big name players to make the trip to Rio and took home a Gold Medal for his trouble (Credit: IGF/PGA Tour)

Both men watched the shootout for gold, won by Justin Rose over Henrik Stenson and Matt Kuchar with a good deal of regret.

There was also an element of surprise as they came to see how successful golf was in its return to Olympic competition.

Indeed the final day of the men’s golf was a sellout, adding to the atmosphere as three of the world’s best players as well as Aussie Marcus Fraser duelled for the medals.

Of course McIlroy was one of the top four players in the world who opted not to play at the Olympics and he now admits he was pleasantly surprised by its success.

“There were more people at the golf events than there were at the athletics,” said the Northern Irishman.

“It was good to see, it really was. It seems like it was a great atmosphere down there.”

“I think it was one of the cheaper tickets, as well, and I think that encouraged a lot of people to go.”

“But to see the crowds and see the turnout, I was glad to be somewhat proven wrong.”

Spieth suggested his decision to withdraw might haunt him. And he was right.

“I enjoyed watching the finish to the Olympics, and I wished I was there,” Spieth said.

Yet Spieth said he still believed he made the right decision at the time.

Jason Day, Dustin Johnson and McIlroy all specifically cited the threat of the Zika virus, while Spieth said he had broader concerns about the Rio Games and that Zika was only a part of it.

Spieth tweeted after the men’s golf ended that one of his goals would be to ‘make’ Tokyo in 2020.