The season’s final major will kick off this tomorrow night at Whistling Straits in Kohler, as Rory McIlroy makes his much-anticipated return to the course at the PGA Championship.

McIlroy played his third consecutive day of golf at Whistling Straits on Monday and declared himself fit to defend his title after sustaining an ankle injury on July 4. 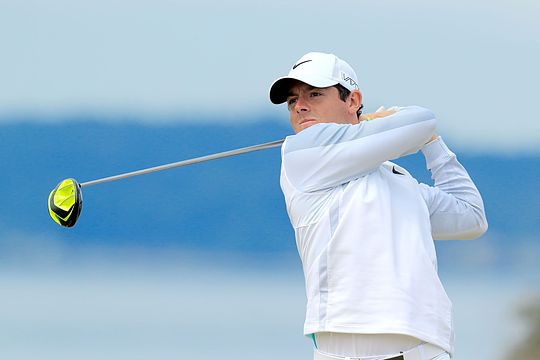 McIlroy suffered ligament damage in his left ankle while playing soccer with some friends and hasn’t played since the final round of the US Open on June 21 and withdrew from The Open at St. Andrews as well as last week’s WGC-Bridgestone Invitational in Akron.

“To play golf, it’s 100 percent,” McIlroy said following his practice round on Monday. “To go back on a soccer pitch, it wouldn’t be quite ready. But to do what I need to do this week, it’s 100 percent.”

The four time major winner, including two PGA Championship titles, plans to play nine more practice holes Tuesday and another nine Wednesday. He is grouped for the first two rounds of the PGA Championship with world No. 2 Jordan Spieth and Open champion, Zach Johnson.

Spieth’s attempt at the Grand Slam evaporated at The Open, but he can still overtake McIlroy as golf’s top-ranked player with a win come Sunday.

Nestled on the picturesque cliffs of Lake Michigan, Whistling Straits is one of the most scenic courses in America and is a layout with fast bunker areas which hug the fairways.

Dustin Johnson stepped onto the tee box of the 72nd hole with a one-shot lead five years ago, but he lost his tee shot wide right and found himself in one of the many bunkers. He grounded his club, not realising it was a ‘bunker’, and received a two-stroke penalty which he missed out of the playoff, which Martin Kaymer ultimately won.

As with both the 2004 and 2010 PGA championships at Whistling Straits, all sand will be considered bunkers. It’s estimated there are over 1000 ‘bunkers’ peppering the layout.

Day is on a bit of a roll in recent weeks having put his vertigo woes behind him.

Since missing back-to-back cuts at the Players Championship and the Memorial, he hasn’t finished outside the top-12 in four starts. Day has been inside the top-10 in the last two majors this year and now has nine top-10s in 20 major appearances.

Scott and Leishman had disappointing results last week in Akron, yet the two continue to thrive in majors.

Tiger Woods is on a mission with the 14 time major winner having missed back-to-back cuts at major tournaments for the first time in his career with early exits at the US Open and The Open championship.