Great news for the European Tour with Rory McIlroy looking likely to be kick-starting 2021 and his 14th full season in the pro ranks by teeing-up at the 2021 Abu Dhabi HSBC Championship in the UAE capital.

McIlroy has not contested the event since 2018 and confirmation of his attendance comes after the 2020 European Tour season ended last weekend with McIlroy not playing on European Tour soil for the first time since turning professional at the end of 2007. 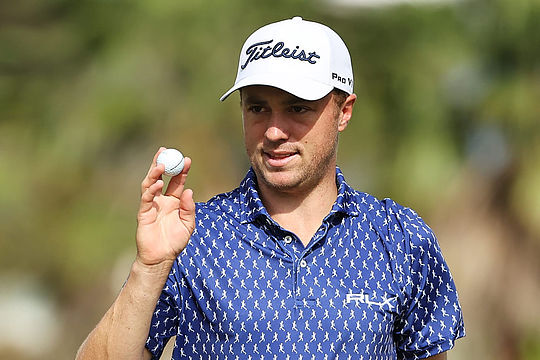 The four-time major winner has not qualified for the PGA Tour’s January 7th to 10th Sentry Tournament of Champions and McIlroy will more-than-likely not contest the following week’s Sony Open so it means the January 21st to 24th event should be his first of 2021.

Joining McIlroy in the 16th edition of the Abu Dhabi event will be American Justin Thomas.

Confirmation of the duo teeing-up comes a day after the Tour released details that the Abu Dhabi event will now become an $US8m Rolex Series event on the 2021 Race to Dubai schedule.

And McIlroy will not only be looking for a first victory since November 2019, he will be seeking to finally break his Abu Dhabi victory ‘duck’ after having finished runner-up in the event on four occasions in his quest to lift the stunning Falcon Trophy.

One of those second place finishes was in 2014 when he was slapped with a two-shot penalty in not taking full relief from a spectator crossing on day three of the event and eventually lost by a sht.

Two years earlier in 2012, McIlroy was also hit with two-stroke penalty when he brushed away sand that was not on the green but which lay between his ball and the flag stick. He lost that year also by a stroke.

“I’m looking forward to coming back to Abu Dhabi,” McIlroy said in a statement released by IMG.

“It’s always a great event for the players and it’s the perfect place for me to start the 2021 season. Abu Dhabi Golf Club is a world-class golf course, one that I have come close to winning on several times over the years, so hopefully I can do well again and be right up there contending come Sunday.”

Thomas will be making his debut in the Middle East with the now 27-year recently finishing fourth at the Masters.

“I’m excited to play for the first time in Abu Dhabi,” said Thomas.

“I’ve heard really great things about the course and with it being the first Rolex Series tournament of the year, I’m sure it is going to deliver a strong field. I enjoy new challenges, I like playing different golf courses around the world, and competing against the best players in the game, so of course I have my eye on trying to take home the Falcon Trophy.”