Rory McIlroy has certainly stirred the 94th PGA Championship final round by electing to wear a bright red shirt over the last day of competition in the season’s final Major. 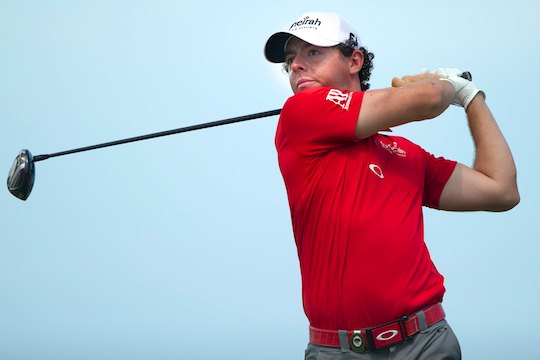 Rory McIIroy steps on Tiger’s toes playing in a red shirt on the final day of the 2012 US PGA Championship (Photo: Anthony Powter)

The wearing of a red shirt on Sunday’s has been Tiger Woods domain since he turned pro in late 1996.

But after forging his way to a three shot leading cushion McIlroy has returned back to the Ocean Course at Kiawah Island also wearing a red shirt.