World number one and defending champion Rory McIroy raised eyebrows and the ire of many when he withdrew from the Honda Classic in Palm Beach Gardens after 8 holes of his second round, later citing wisdom tooth pain.

He was 7 over par for the round after shooting even par in round one. 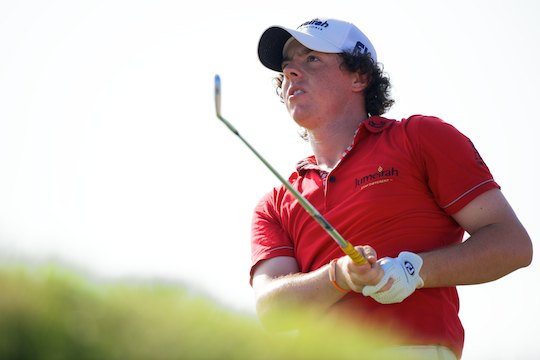 The withdrawal adds to the miserable start to the season for McIlroy, who has not played more than two rounds in any of the three events he has contested in 2013.

Playing partner Ernie Els was caught off guard when McIlroy shook his hand to indicate he was leaving.

“When I hit my fourth shot, he just came up and said, ‘Here’s my card, I’m out of here.” Els said, adding at the conclusion of the round “I’m a great fan of Rory’s, but I don’t think that was the right thing to do.”

After withdrawing, McIlroy released a statement citing wisdom tooth pain as the reason for his early exit. When informed of the reason, the South African appeared more receptive to McIlroy’s decision to withdraw.

“If something was bothering him – all credit to him trying to play through whatever pain he was in,” he noted. “He obviously couldn’t do it after nine holes anymore. Toothache, it’s not fun I guess.”

Others have not been so forgiving and queried if the tooth would have been as painful had his score been better.

Tiger Woods battling on with a broken leg to win the 2008 U.S. Open at Torrey Pines and even Daniela Holmqvist, who was bitten by a poisonous spider trying to qualify for the Women’s Australian Open but carried on after removing the venom with a tee, have been put forth as examples to highlight that McIlroy could perhaps have shown more intestinal fortitude by battling on to finish the round.

Wisdom tooth or not, McIlroy’s start to the year after his highly publicised equipment switch has provided ongoing fodder for the naysayers who queried the move. He will have another chance to kick start his season and silence the critics at next week’s WGC-CA Championship at Doral.