McIlroy’s caddie returns to US ahead of Tour restart

Rory McIlroy’s caddie Harry Diamond has returned to the States to ‘self-isolate’ ahead of rejoining the World No. 1 for the June 11th restart to the PGA Tour.

Under US laws, anyone entering the States must spend a fortnight in isolating. 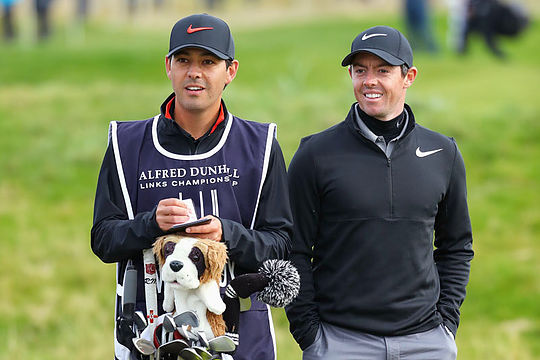 The Belfast-based Diamond has a young family and chose to return home following the March 12th cancellation of the Players Championship.

Diamond arrived back into Florida on Sunday with McIlroy confirming the duo will be travelling to Fort Worth for the June 11th tee-off at the Charles Schwab Challenge at the famed Colonial club.

“Harry will be back on the bag for Fort Worth,” said McIlroy.

“We have a guest house that he can quarantine in and make sure he does all the necessary things that he needs to do to caddie for me for my first three weeks back on the Tour.”

“So for a three-tournament stretch it is actually seven weeks for him, but hopefully some of those rules could be lifted between now and then.”

McIlroy has never teed-up in Fort Worth so it will a new venue and also clearly unprecedented guidelines for the four-time Major winner.

“It’s going to be different. Obviously there will be no fans, but there will still be the normal things that you would expect such as TV cameras,” he said.

“I’m excited to play again, to get back out there and compete. The PGA Tour have taken the necessary precautions to make sure that we can play in a safe environment.”