With a round remaining before the finals, the Melbourne Metropolitan Pennant competition is hotting up.

Division 1 sees Commonwealth, Victoria and Metropolitan fighting tooth and nail for the top-2 final spots with only four individual matches separating the clubs who have five wins from six contests. 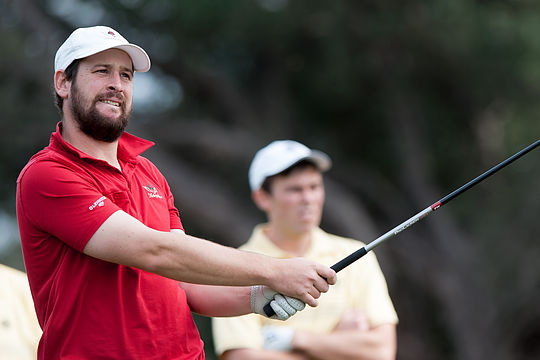 Commonwealth, the defending champions, have the advantage in individual matches with a total of 28, Victoria is on 25 and Metropolitan on 24, a number which might become a critical component depending upon how matches unfold this weekend.

The 7th and final round will be played this Sunday with Victoria playing Division 1 host and enjoying the home advantage against The Heritage.

This is an ideal final round for Victoria with The Heritage securing just three out of six wins this season to be currently 5th on the ladder and out of finals contention despite fielding professionals Daniel Popovic and Ryan Lynch in an effort to boost their fire power.

This season saw for the first time Club professionals playing with the amateurs, however, a number of Sand Belt clubs have not exercised such election, relying instead on the strength of their amateur ranks.

The other Division 1 match to follow is a re-match of last year’s final with Commonwealth playing Metropolitan in what promises to be a corker and will see one side advancing to the finals scheduled for Sunday 17 May at Royal Melbourne Golf Club.

Commonwealth secured the prized flag last year defeating Metropolitan 4½-2½, but is still hurting from the loss of their number two player, Zach Murray, who suffered a hand injury playing football last week and is currently out having also missed the Interstate series this week at Huntingdale.

Division 2 has Royal Melbourne on top of the ladder on game average over Woodlands, with The National, also aiming for a finals berth, just a win behind.

The National will be looking for a solid win over 5th place Rosanna this Sunday at Yarra Yarra to jump the table to secure a finals spot.

Division 3 has Latrobe and Kew in strong positions to make the finals, with Coonawarra and Rossdale heading Division 4. Chirnside Park and Green Acres lead Division 5, with Eastern and Amstel taking top honours in Division 6

The 2015 Victorian Men’s Pennant has 46 clubs separated into six Divisions in accordance with finishing positions of the preceding season which sees this inter-club competition as Australia’s biggest and arguably the toughest and finest.

In the Women’s Division 1, Victoria remain undefeated in their six matches and certainly look the team to beat after missing the Division 1 flag last year to Metropolitan.