Fans will be allowed to attend a PGA Tour event for the first time since being shut down by the coronavirus pandemic at next month’s Memorial Tournament in Ohio. The Memorial, founded by 18-time major winner Jack Nicklaus, takes place from 16-19 July at Muirfield Village.

The event said the move was confirmed after it was given “state approval”. 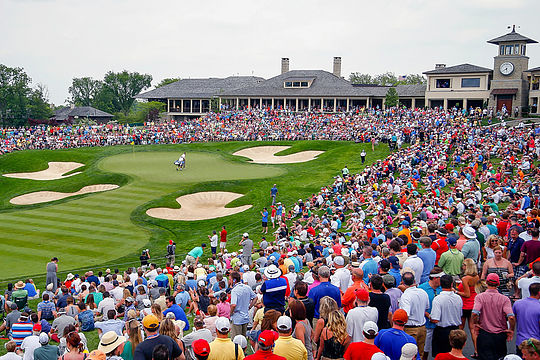 The Memorial delivered a plan to the state government of Ohio for the attendance of fans, and it was approved this week by governor Mike DeWine.

“In all of these cases, these sectors have come up with plans that reduce the number of people, provide for sanitation, and in some cases, provide for one-way traffic,” said DeWine. “They are elaborate plans that we believe are consistent with protecting the public.”

Details are also slowly coming to the surface regarding the logistics of having fans at the event with the Columbus Dispatch stating that up to 8000 spectators will be allowed on the site at any given time.

There will be no on-site stands, with each hole featuring “designated sitting or standing corrals” where a pre-determined number of spectators will be allowed to congregate.

Spectators will be required to wear non-surgical masks, with the exception of certain recognised exemptions, and temperature checks will be conducted at every entrance as well as via handheld units on property.

Memorial Tournament organisers have already said they will issue badges that will be equipped with an RFID tag that can track movement to see where fans are congregating, potentially against recommendations and restrictions.

This is a tournament that Tiger Woods has won five times and it is widely speculated he will tee it up at the event if he is in shape to play.