If you’re to believe all reports, the USGA were bracing themselves for a loss of anything up to $10 million after staging the first U.S. Open at Merion Golf Club in 32 years.

Most of that can be attributed to having to cap ticket sales to limit crowd numbers on the small acreage the East Course meanders through, but hopefully, that won’t prohibit the USGA from bringing the Open back to Merion again – if the club asks. 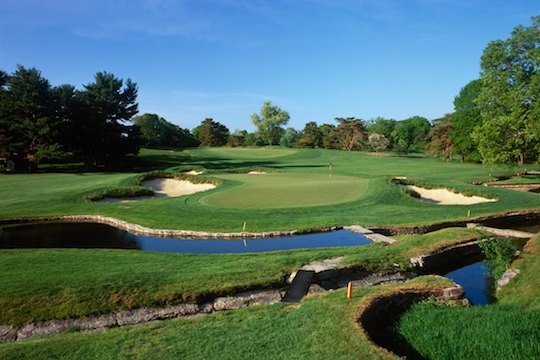 We were charmed from start to finish by the wicker baskets, the tantalising diversity of short and long holes, watched on as players gleefully soaked up the history of the venue, the Hogan Plaque on the 18th fairway and then, how the golf course defied all sceptics to provide one of the sternest tests in Open history – despite near flooding rain that softened the golf course earlier in the week.

And it unearthed another worthy champion in Justin Rose, who joins a storied list of past champions and USGA championship winners.

Two of those champions, Lee Trevino and David Graham, spoke to the media about the golf course before the championship and echoed now commonly held sentiments among modern players.

“Hopefully the powers to be will continue to find these traditional great courses like Oakmont and Oakland Hills and figure out a way that logistically they can host a Major Championship.”

“I think it’s great that you have a Tiger Woods walking the same fairways that a Hogan walked. I think that’s fantastic.”

Trevino added: “The thing that intrigues me more about this golf course than most others is that it’s a proven fact that you can have a golf course under 7,000 yards long and bring a U.S. Open to it and still challenge a golf professional. And that is living proof and architects from all over the world should come and see something like this.”

USGA Executive Director Mike Davis, a Pennsylvania native, said that he thought Merion performed ‘wonderfully’ this week. “It’s always, always held its own. It’s always a great test of golf and we knew it would be.”

“They got to invite us and then at that point, we’d start to look.”