The 2017 Sydney Metropolitan Major Pennant series got underway on Sunday as five men’s divisions and two women’s divisions do battle over the next two months for the prized Divisional flag.

The Men’s Division 1 has four sections with many of the state’s elite players representing their club. 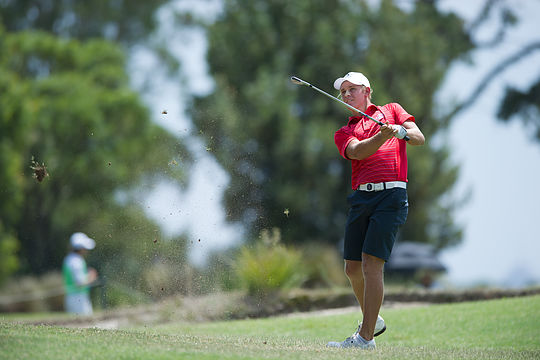 Bonnie Doon are the defending Division 1 flag holders and their number 1, James Grierson (pictured), secured an impressive 3&2 win over state player Travis Smyth. Wins also by Jack McLeod and Kurt Burns were however not enough with St Michael’s scraping an important yet narrow, 4&3, win away from home.

The Australian easily accounted for Ryde-Parramatta, 5½-1½, sending a stern message that they are the team to beat. In the other match, Bankstown secured a solid 4½-2½ win over Castle Hill despite impressive victories from Castle Hill’s top order of Daniel Gale and new comer Jordan Garner, who previously played Pennant Hills.

Moore Park has always been a powerhouse in major pennants and kicked their 2017 campaign off with an impressive 4½-2½ win over NSW. Clancy Bowe and Logan Toms both securing stellar wins for Moore Park. Long Reef in the other match easily accounted for Avondale, 5½-1½.

In the Women’s Division 1 Avondale had a clean sweep with a 5-0 win over Cabramatta in Section 1, with NSW securing a stellar victory over Concord 4½-½ in the other match.

The Women’s Division 2 has Cumberland, St Michael’s and Stonecutters Ridge will wins.