Kyle Michel has won the Dunes Medal with a 2-over-par total to beat Blake Proverbs by a stroke at the Dunes Links south of Melbourne.

Simon Viitakangas, Darcy Bremerton and James Grierson finished in a tie for third position at 5-over-par with David Micheluzzi two stroke behind in 7th position. 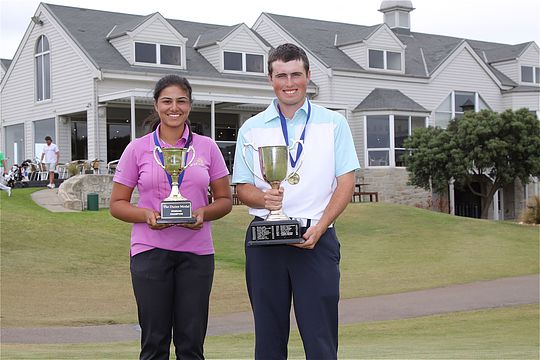 Michel was medallist at this year’s Queensland Amateur having also won the Traralgon Junior Classic earlier in the year.

19-year-old Michel, who hails from Shepparton Golf Club where PGA Tour player Jarrod Lyle also honed his skills as a junior, fired rounds of 72-67-73-78, with play suspended during the second third round due to strong winds.

The Dunes Medal has a fine history in amateur tournament golf with Jason Day and Rory McIlroy both former competitors.

Alistair Presnell and Macpherson hold the tournament record of 14-under, with Presnell winning the title in 2003.