Lukas Michel spearheads the three Australians competing this week at the US Amateur Championship being played at Oakmont Country Club.

Michel, a former US Mid-Amateur champion and the first Australian to win that title, has returned to the US to eye off another USGA title having claimed the title in 2019. He went on to play in the US Open and the Masters in 2020. 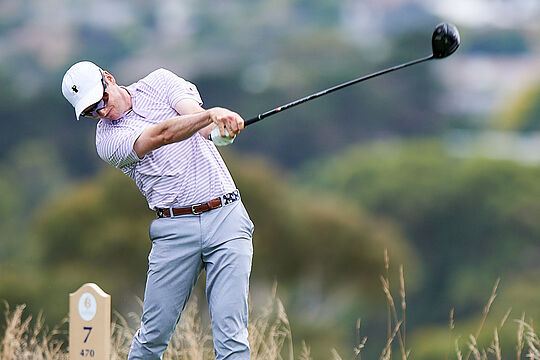 Michel is also coming off the back of winning Australia’s highest ranked amateur event at the 2021 Australian Master of the Amateurs at The Victoria Golf Club.

In the limited number of tournaments Michel has been able to play in Australia he’s recorded a win and two top-10 finishes, including a third at the Riversdale Cup. His current WAGA ranking is 58th.

Other Aussies in the field are Kuangyu (Tony) Chen and Louis Dobbelaar, with Dobbelaar having played superbly this season in the US recording wins at the North & South Amateur and the Dogwood Invitational.

The 312 competitors will play 18 holes at Oakmont and at nearby Longue Vue Club. The top-64 scorers in stroke play will advance to match play with the final to be played this Sunday over 36 holes.

Oakmont is hosting its 17th USGA championship including nine US Opens and five US Amateurs with the US Open the last championship contested on the layout in 2017. The course is renowned for its length and fast greens. The course plays 6,800 metres, not long by modern PGA Tour standards, and par 70 for the 2016 US Open that Dustin Johnson won with a total of 5-over par.

The champion will receive starts into the 2022 US Open and the The Open Championship and a likely invitation to The Masters in 2022.

Just two Australians have won the US Amateur, Nick Flanagan won at Oakmont when the last US Amateur was played there in 2003. In 2016, Curtis Luck defeated Brad Dalke, 7&6, at Oakland Hills Country Club.