Michelle Wie heading Down Under

One of world golf’s biggest-name glamour girls is heading for Australia, after being a confirmed starter in next month’s $1m Handa Australian Women’s Open.

Michelle Wie is still just 23, although the former child prodigy seems to have been around forever. 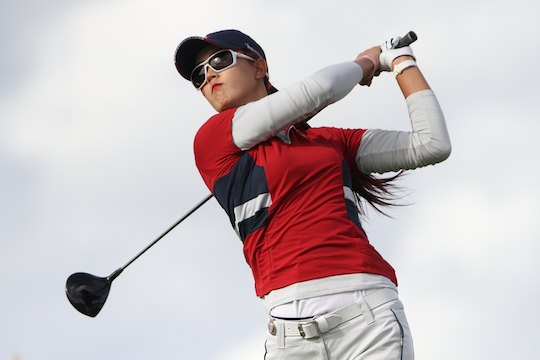 The big-hitting Hawaiian-based professional is certain to draw big crowds to Royal Canberra for the event which runs from February 14-17 and has been co-sanctioned with the US LPGA Tour.

“I want to get my 2013 schedule off to the best possible start and I’m looking forward to doing that at the Australian Open.”

“I have heard a lot of great things about the event, the country and its golf courses and it will be great to play in front of the Australian crowds.”

Wie burst on to the international scene as a teenager setting a number of amateur records before turning professional as a 15-year-old in 2005.

She had already wowed the crowds in 2004 by becoming the youngest woman in history to compete against the men on the US PGA Tour.

Golf Australia CEO Stephen Pitt said Wie’s presence would have a fantastic impact on the championship.

“Michelle is one of the most recognisable names in world golf and we’re delighted she’ll be coming to Australia for our national championship,” Pitt said.

“Michelle’s presence adds even more global appeal to what is a very strong field in Canberra and we look forward to being in the spotlight in February.”