Mickelson may skip fans in Houston ahead of Masters

At 50-years-old Phil Mickelson is statistically at the edges of having to worry about contracting COVID-19.

However, it seems the five-time major champion is more concerned about having to sit out the Masters than the virus itself. 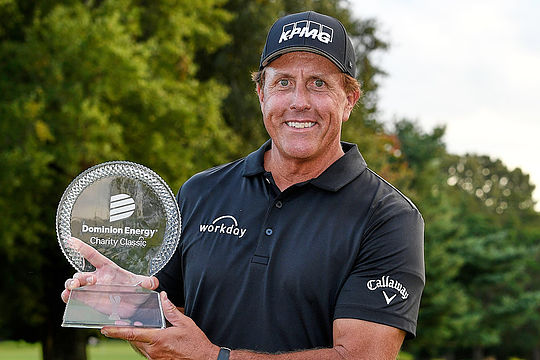 The Houston Open recently announced it will allow up to 2000 fans per day making it one of the first PGA Tour events to allow crowds since the world went into lockdown earlier this year.

And Mickelson, who was looking at playing the tournament in the week before the Masters, isn’t happy about the change.

“I think that they will do a very good, safe job in having 2,000 people at the Houston Open. However…I don’t like the risk that having that happen the week before the Masters,” Mickelson said ahead of this week’s ZOZO Championship.

“It has made me question whether or not I’ll play there [Houston Open].”

“I think the PGA Tour’s done an incredible job of getting the players to play and compete in a safe environment. We’ve had a few people test positive. It has not spread from those people. They’ve kept everybody at a good social distance so if somebody does have it, it hasn’t affected and carried through the Tour.”

‘Lefty’ hasn’t had the best year on the PGA Tour and you wouldn’t blame him for passing over the Houston Open and playing on the Champions Tour where he has won two-from-two in his inaugural season.

If you’re heading to Augusta National, it’s all about confidence and while Mickelson isn’t lacking in that department, a third win in a row would see him heading to Georgia on a high…and that could make all the difference.